Twenty-four eminent personalities will get the country's second highest civilian award, the Ekushey Padak, this year in recognition of their contributions to various fields.

The Cultural Affairs Ministry announced the names on Thursday.

Among them, two eminent persons are getting Ekushey Padak in language movement category, four in liberation war category, seven in art, two in language and literature, two in social service and four in research.

Besides, one each has been nominated for Ekushey Padak in Journalism, Science and Technology, and Education.

The winners of the award will get a gold medal weighing 35 grams, Tk 400,000 and a certificate.

Prime Minister Sheikh Hasina will present the awards at an event on February 20. 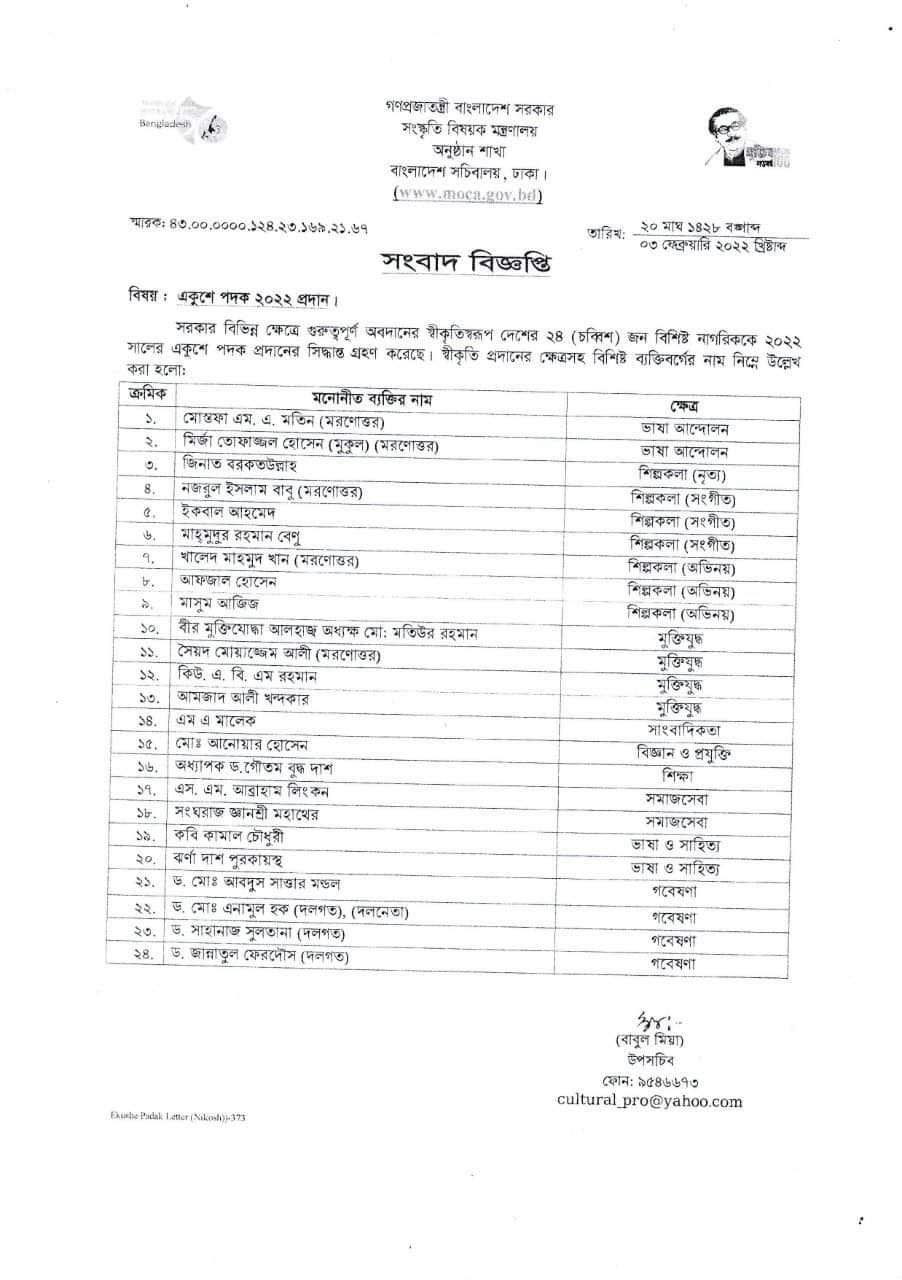 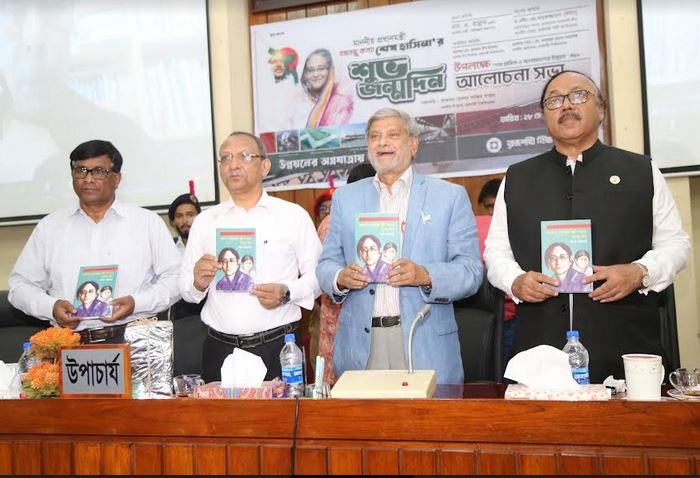