The private intra-city bus owners of Dhaka have said they will comply with the government decision to allow a 50 percent discount on bus fares for students, said Road Transport and Bridges Minister Obaidul Quader on Tuesday.

The owners will announce the decision by today at a press briefing, said Obaidul Quader, also the general secretary of Awami League, at the party’s Dhanmondi office.

On Friday, the minister said Prime Minister Sheikh Hasina asked them to reduce fares by 50 percent in BRTC buses.

On November 3, the government raised the prices of diesel and kerosene by Tk 15 per litre prompting the transporters to enforce an indefinite strike in the country on November 7 demanding a hike in bus fares.

Amid the worsening public woes caused by the transport strike, the Bangladesh Road Transport Authority (BRTA) raised the bus fares of intra-city and inter-district buses by 26.5% and 27% respectively.

Following the fare hike, students started demonstrating in the city streets demanding half fares in public transport for them. Hundreds of students, particularly from Dhaka College, took to the streets to press home their demand.

They alleged that no one is ready there to pay heed to their demand though students have been harassed in public buses by transport workers for demanding low fares.

On November 20, students from two colleges – Dhaka College and Ideal College -- vandalized 10-12 buses in Science Laboratory area demanding a 50 percent discount on bus fares in the city for students.

On November 23, many more students from different colleges joined them in the city streets. 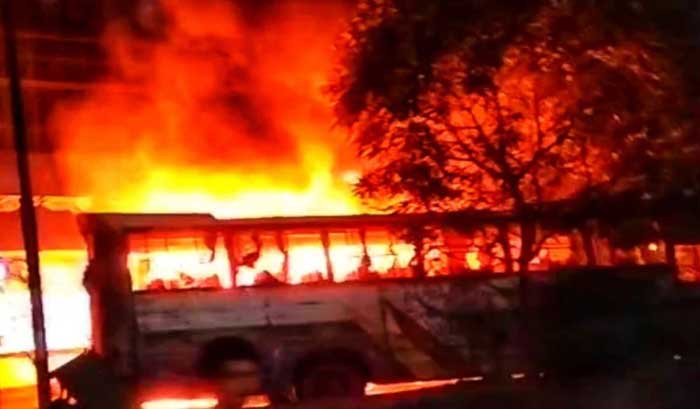 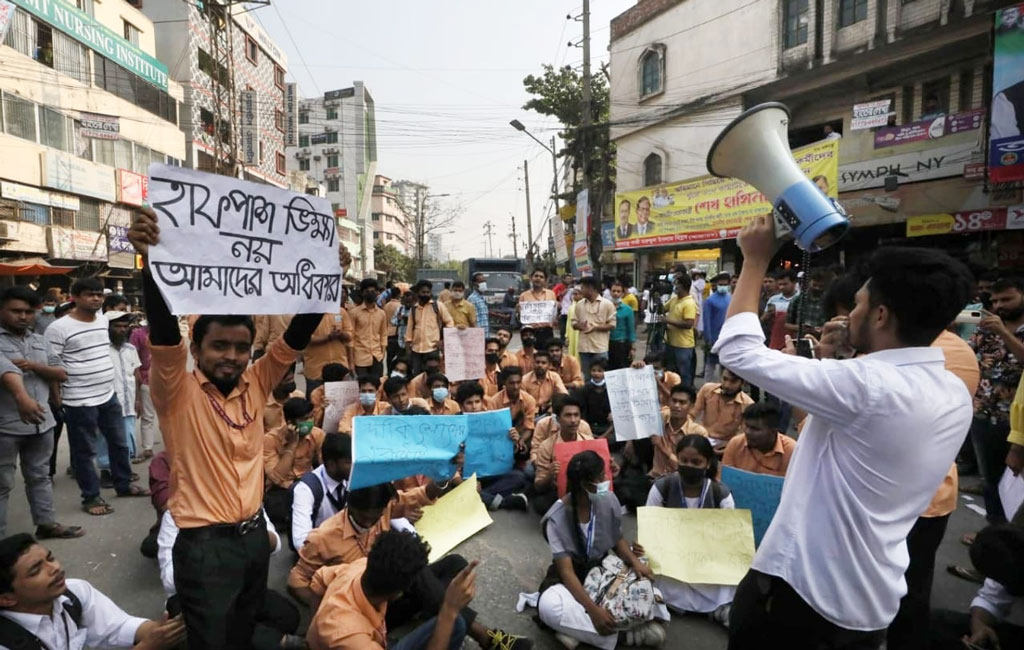 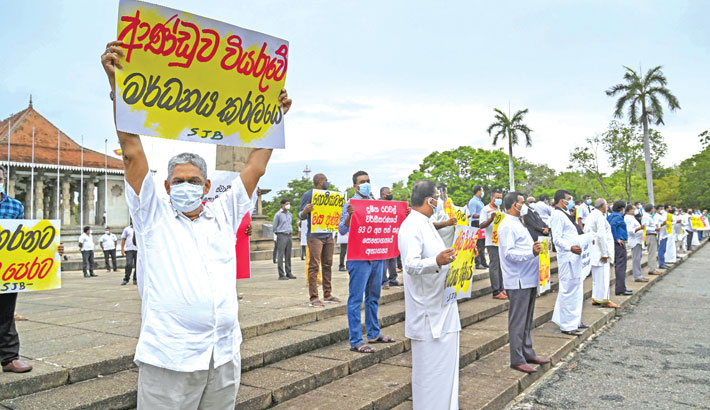 Sri Lanka's main opposition members of parliament stage a demonstration against a government crackdown on a spate of trade union and student protests against the administration of President Gotabaya Rajapaksa, at Colombo's Independence Square on Friday. – AFP Photo