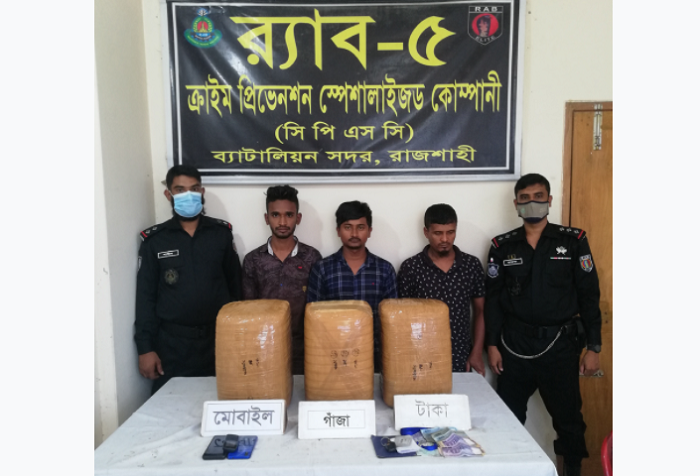 On a tip-off, a team of the elite force conducted a raid in Puthiya Bazar area and arrested them after searching a private car at 10.30 pm, RAB sources said this morning.

The car was also seized.

Later, the arrested persons along with the seized goods were handed over to the police.