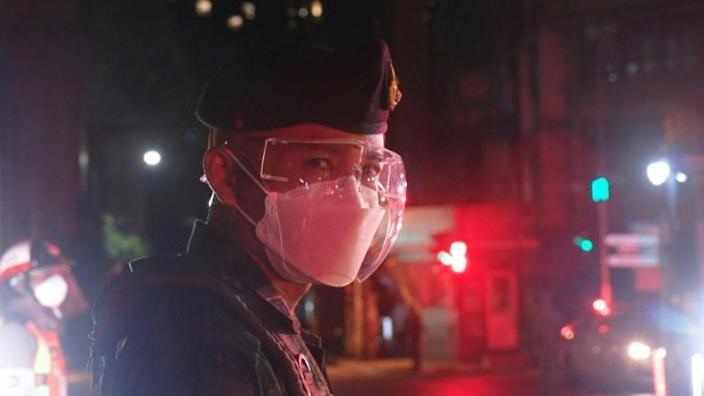 Over ten million people were placed under fresh Covid-19 restrictions and a curfew in the Thai capital Monday, as the kingdom battles a surge of cases worsened by the highly infectious Alpha and Delta variants.

Thailand has so far recorded more than 326,300 cases and 2,711 deaths --with the bulk of them coming in this latest wave that kicked off in April.

First detected in clubs frequented by the Thai elite and politicians at an upscale Bangkok nightlife district, the surge in infections has been exacerbated by a slow vaccine rollout and limited testing capacity.

In addition to the capital, nine other provinces that have seen a steady uptick in infections saw more restrictions bite, AFP reported.

Police checkpoints sprung up across Bangkok in the early hours of Monday as a curfew from 9 pm to 4 am came into force, with police wearing masks and facial shields stopping cars in the centre of the capital.

Residents are barred from gathering in groups of more than five people, while public transport networks will shut from 9 pm.

Supermarkets, restaurants, banks, pharmacies and electronics stores with in malls will be able to stay open but other shops have shuttered.