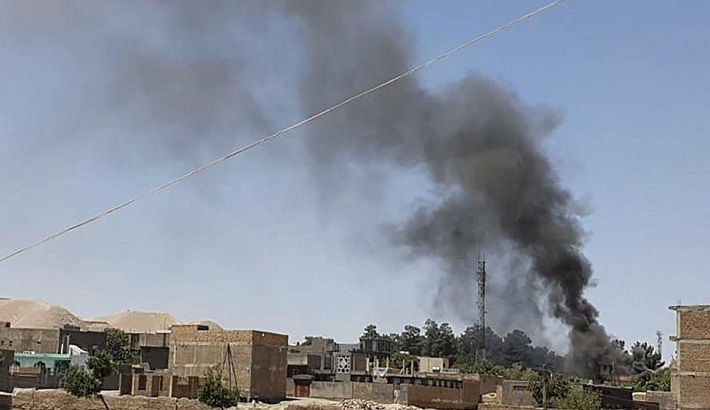 Officials in Afghanistan have recaptured government buildings in a city which was attacked by the Taliban, according to Reuters.

On Wednesday, the Taliban entered Qala-e-Naw, the first direct attack on a provincial capital since Washington began pulling out its last troops, BBC reported.

Air strikes were used and special forces deployed to push the fighters back, Reuters said.

The Taliban has been making gains as the US and allies pull out.

A spokesperson from the Ministry of Interior Affairs claimed said the city in the north of the country had been cleared of Taliban fighters and that it was now fully under the control of Afghan security forces, according to a report by the Khaama Press News Agency.

The vast majority of remaining foreign forces in Afghanistan have left ahead of September 11 deadline, leaving the Afghan military completely in charge of national security.

'Driving the enemy out'

On Wednesday, Taliban troops had briefly entered the city.