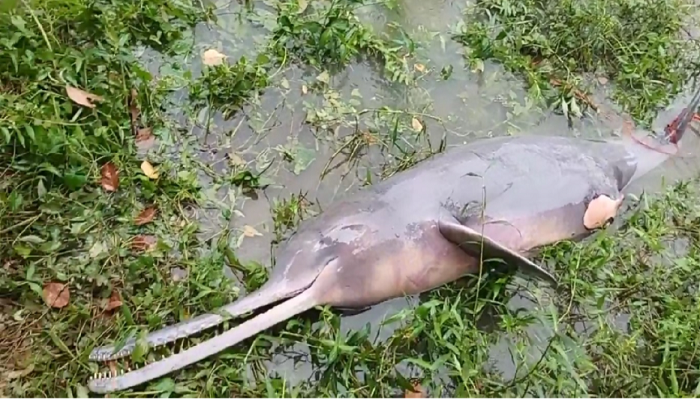 A dead dolphin was found in the Halda River in Hathazari upazila of Chattogram on Tuesday.

Local people spotted the carcass of a dolphin in the river near Chankhali Bridge at noon, said Hathazari Upazila Nirbahi Officer Ruhul Amin.

Prof Dr Manjurul Kibria, co-ordinator of the Halda River Research Laboratory of Chittagong University, said the 7.5-foot-long dolphin has no injury mark in its body.

“The dolphin looks to have died of natural causes,” he said.

However, the dead dolphin was buried in the area and it will be examined one month later.

With this one, 29 dolphins were found dead in the river in the past four years, said sources at the local administration.

According to a survey of Halda River Research Laboratory of Chittagong University, the dolphin is on the verge of extinction. Some 127 dolphins are believed to be there in the river.