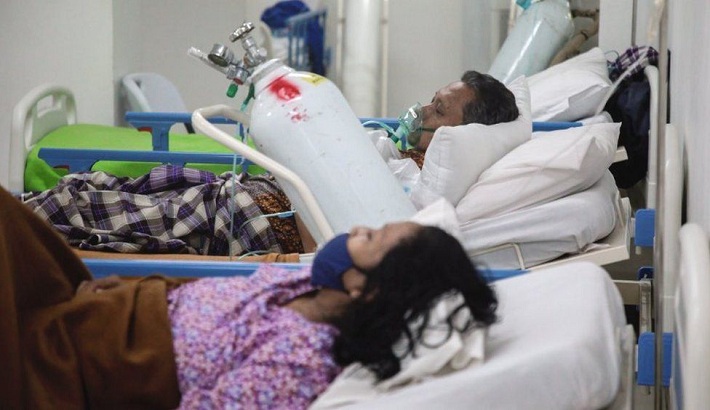 Indonesia's government has ordered oxygen producers to prioritise medical needs as a surge in Covid cases has led to shortages in a number of cities.

Hospitals say they are struggling at the limit of their capacity with one reporting that 63 patients died as it grappled with depleting oxygen, BBC reported.

The country is currently recording more than 25,000 new cases every day.

Indonesia has had the worst Covid outbreak in South East Asia with about 2.3 million positive cases and more than 60,000 deaths so far.

On Monday, two hospitals in the city of Bandung announced that they had run out of oxygen, and had to reject new patients seeking emergency treatment.

Over the weekend, emergency services and intensive care units of public hospitals in the cities of Bandung, Surakarta, and Pamekasan said they were struggling with an influx of people seeking admission with some having to turn away patients.