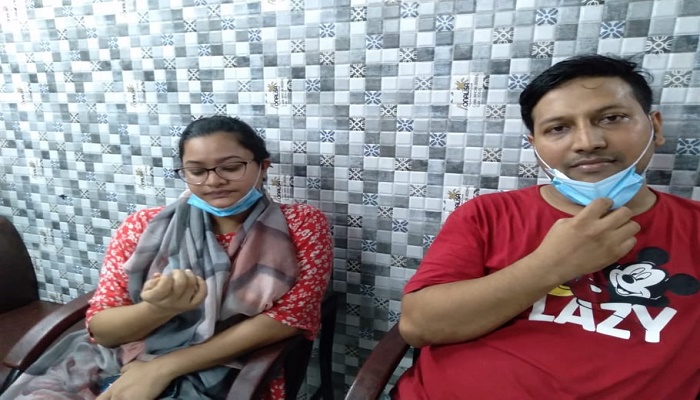 Police detained a couple for allegedly torturing their minor house maid from Topkhana Road area in the capital on Saturday night.

The arrestees are identified as Md Tanvir Ahsan and his wife Nahid, a lawyer by profession.

On Saturday night, one of their neighbours posted some photos of the maid Sweety on Facebook and requested help from law enforcement agency.

The post was noticed by a journalist who forwarded the information to the media and public relations wing of Bangladesh Police.

A team of police rushed to the spot and rescued the victim, a minor, who has several injury marks.

Jahangir Hossain, a sub-inspector of Shahbagh Police Station, said the girl told police that the couple used to torture her on regular basis over trivial matter.

"We called the victim's family to Dhaka and process is underway to file a case in this connection," he said.