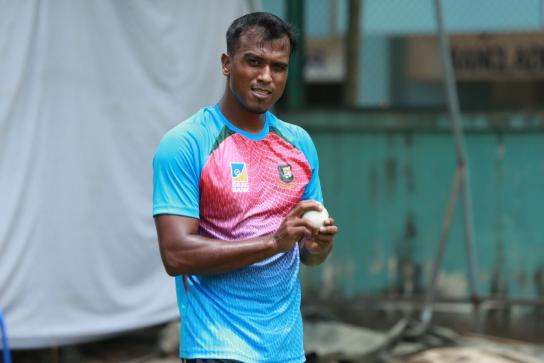 The remaining members of the Bangladesh ODI team for the upcoming Zimbabwe series will complete a short training session from Monday at the Sher-e-Bangla National Stadium in the capital.

Five other cricketers - Soumya Sarkar, Mahedi Hasan, Nasum Ahmed, Shamim Hossain and Aminul Islam, who are in the T20I squad against Zimbabwe, are told that if they can manage they can also join the practice, said a BCB official on Saturday.

The players are expected to undergo the Covid-19 test today before they start their training ahead of their departure for Zimbabwe.

The visitors are also scheduled to play three ODIs and as many T20Is in the tour as the ODIs are scheduled on July 16, 18 and 20 respectively while the three T20Is will be played respectively on July 23, 25 and 27, all at the same venue.

Earlier, Bangladesh Test team reached Harare on Wednesday ahead of the one-off Test series, scheduled to take place on July 7-11.