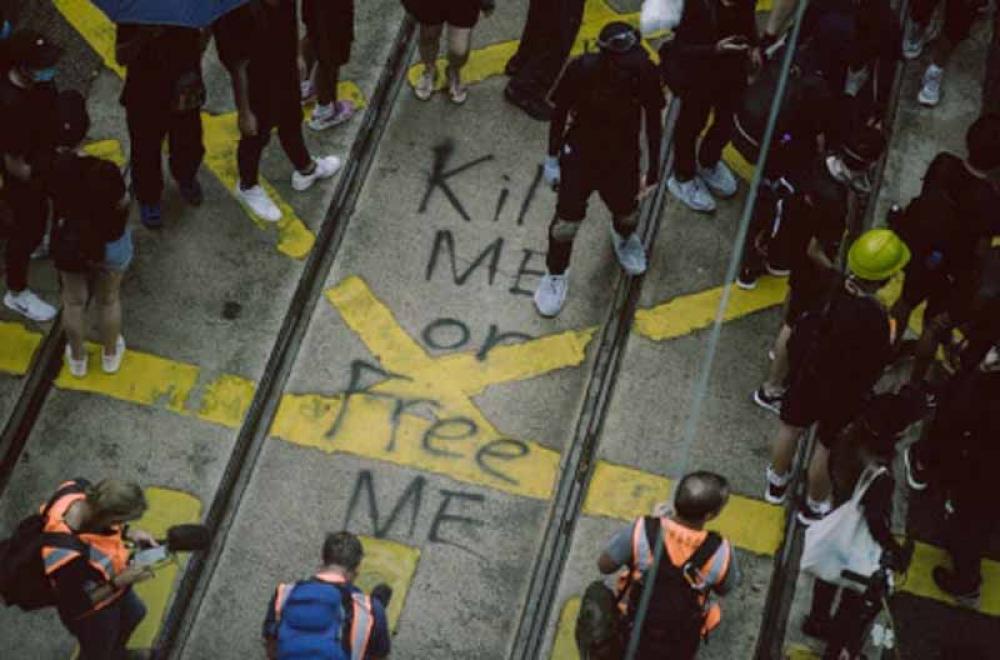 ‘In the Name of National Security’ details how the law enacted on 30 June 2020 has given the authorities free rein to illegitimately criminalize dissent while stripping away the rights of those it targets.

“In one year, the National Security Law has put Hong Kong on a rapid path to becoming a police state and created a human rights emergency for the people living there,” said Yamini Mishra, Amnesty International’s Asia-Pacific Regional Director.

“From politics to culture, education to media, the law has infected every part of Hong Kong society and fomented a climate of fear that forces residents to think twice about what they say, what they tweet and how they live their lives.

The Hong Kong government must stop using its excessively broad definition of ‘endangering national security’ for the blanket restriction of freedoms, she said.

Based on analysis of court judgments, court hearing notes and interviews with activists targeted under the NSL, Amnesty’s briefing shows how the legislation has been used to carry out a wide range of human rights violations over the past 12 months.

In this time, the government has repeatedly used “national security” as a pretext to justify censorship, harassment, arrests and prosecutions. There is clear evidence indicating that the so-called human rights safeguards set out in the NSL are effectively useless, while the protections existing in regular Hong Kong law are also trumped by it.

On 1 July 2020, the first full day of the law being in force, police arrested more than 300 protesters, including 10 on suspicion of violating the NSL. Since then, the government has continued to arrest and charge individuals under the NSL solely because they have exercised their rights to freedom of expression, peaceful assembly and association.

Worse still, people charged under the law are effectively presumed guilty rather than innocent, meaning they are denied bail unless they can prove they will not “continue to commit acts endangering national security”.

The briefing also outlines how authorities have used the NSL to:

Crack down on international political advocacy, arresting or ordering the arrest of 12 individuals for “colluding” or “conspiracy to collude” with “foreign forces” because they were in contact with foreign diplomats, called for sanctions from other countries or called for other countries to provide asylum for those fleeing from persecution. Others were targeted for their social media posts or for giving interviews to foreign media.

Expand powers for law enforcement investigators – including giving the Hong Kong Police’s national security unit the ability to search properties, freeze or confiscate assets and seize journalistic materials, such as in the two raids on pro-democracy newspaper Apple Daily during the year. Such unchecked powers leave little room to prevent potential human rights violations during the investigative process.

“The Hong Kong government must stop using its excessively broad definition of ‘endangering national security’ for the blanket restriction of freedoms. As a start, it must drop all criminal charges against those currently facing prosecution for exercising their human rights,” said Yamini Mishra.

“The onus is also on the United Nations to start an urgent debate on the deteriorating human rights situation in China, including with regards to the implementation of the NSL in Hong Kong.”