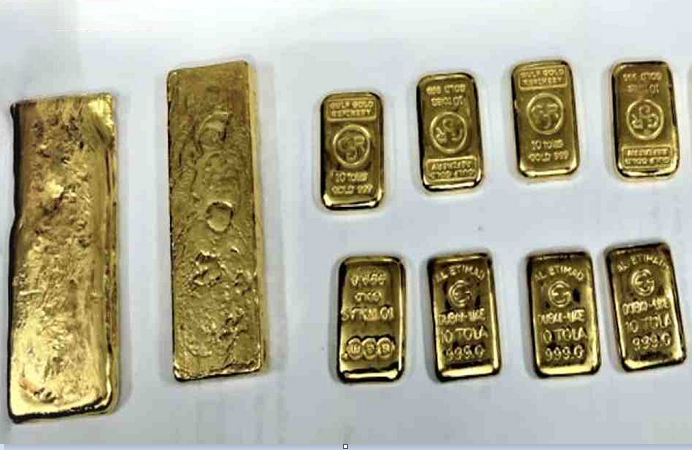 A passenger was detained by Customs officials at Dhaka international airport in the early hours of Friday for allegedly attempting to smuggle in two gold bars of 1.6kg, worth Tk1.6 crore.

The detainee has been identified as Jashim Mia, a resident of Narsingdi district.

Acting on a tip-off, a team from the Dhaka Customs House intercepted Jashim at Hazrat Shahjalal International Airport upon his arrival from Jeddah around 2.45am on Friday.

The Customs team challenged Jashim as he was passing through the green channel around 4.30 am. "The two gold bars weighing about 1.6kg were recovered from a flower pot that he was carrying," Deputy Commissioner of the Dhaka Customs House (preventive team) Mohammad Abdus Sadek said.

The gold bars worth Tk1.6 crore have been seized and submitted to the national reserve, while the passenger was handed over to the police. "A a criminal case has been filed against the accused at the local police station," he added.