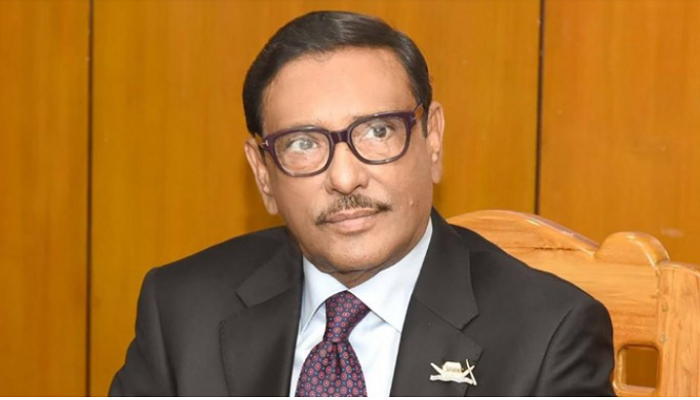 He came up with the remark while speaking at a press briefing on contemporary issues at his official residence.

Quader, also the road transport and bridges minister, said the BNP's politics is just an exhibition of contradictions behind its statements.

He said BNP is carrying out the destruction of public properties and anti-state propaganda at home and abroad. Besides, he said, the party is also talking about strengthening the state structure, which is nothing but its double standard policy.

Responding to an allegation of BNP leaders that the Awami League is changing state structures to establish its absolute rule in the country, the AL general secretary said their allegation is imaginary and fabricated, which has no relation to reality.

Mentioning that the state and the government run as per the constitutional rules, he said the role of opposition is very important in the democratic system.

“Even if the BNP talks about state structure or democratic system, they (BNP leaders) themselves are moving away from elections,” he added.

Quader said if BNP does not participate in elections, how democracy would be meaningful. In contrast, he said, the BNP leaders are now involved in various intrigues to weaken the country’s democracy.

He said if the BNP had a commitment for a strong state structure, they would not have gone against the country in the name of opposing the government.

Earlier in the day, Quader joined a meeting of the Road Transport and Highways Division through videoconferencing.

Speaking as the chief guest, he said the monsoon is going on so the monitoring of roads and highways should be intensified.

The road transport minister said if there are small potholes on roads, those will have to be repaired immediately. The official planning and preparatory works of various projects, including the new ones, must be taken forward too, he added.

Quader asked the authorities concerned to take steps to make the BRTC profitable, saying that special attention should be given to keep the BRTC vehicles smart in all respects.