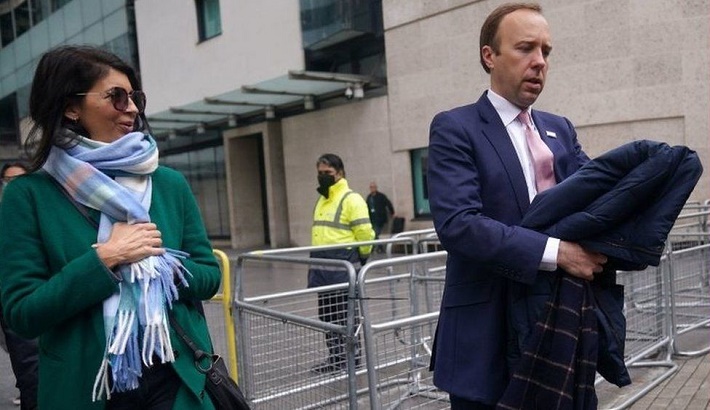 UK Health Secretary Matt Hancock has resigned as health secretary after he breached social distancing guidance by kissing a colleague.

In a letter to the PM he said the government "owe it to people who have sacrificed so much in this pandemic to be honest when we have let them down".

Boris Johnson said he was "sorry" to receive the resignation.

Hancock had been under increasing pressure to quit, after The Sun published pictures of Mr Hancock and Gina Coladangelo, who are both married with three children, kissing. The newspaper said they had been taken inside the Department of Health on 6 May.

Several newspapers have reported that Mr Hancock has ended his 15-year marriage to his wife, Martha.

Fellow Tory MPs, as well as Labour and the Covid-19 Bereaved Families for Justice group, had called for the health secretary to be sacked and a senior Tory figure told that many MPs had told their whips on Saturday that he ought to resign.