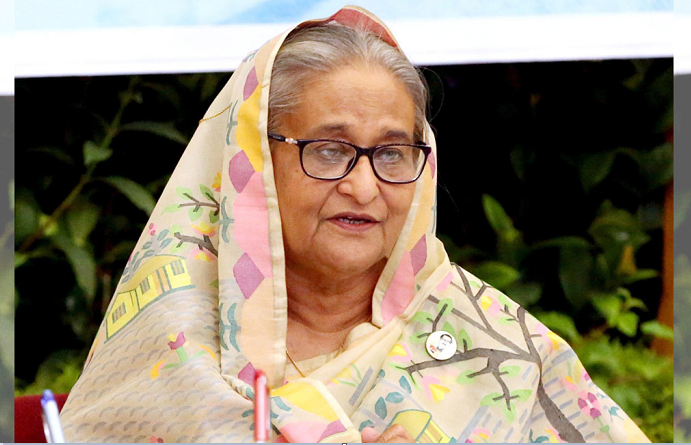 Prime Minister Sheikh Hasina called upon all to pay attention to protecting farmland for the development of sustainable agriculture.

She made the call in a message on the eve of awarding of “Bangabandhu Jatiya Krishi Purashkar 1424”.

The premier extended greetings to the Agriculture Ministry, all concerned and those who would get the award on the occasion of awarding of “Bangabandhu Jatiya Krishi Purashkar 1424”.

She said the programme is bearing special importance as it is going to be held amid the Birth Centenary of Father of the Nation Bangabandhu Sheikh Mujibur Rahman and the 50th anniversary of the independence of the country.

Bangabandhu had started rebuilding the war-ravaged country putting highest importance to agriculture after the independence, she said.

Sheikh Hasina said the Father of the Nation began agriculture revolution through giving tax exemption facilities on land development up to 25 bighas and providing advanced agriculture ingredients. As a result, agriculture production saw an astonishing success, she said.

She said in 1973, Bangabandhu Krishi Purashkar was introduced at the directives of the Father of the Nation.

After assuming power in 1996, the AL government formulated ‘New National Agriculture Extension Policy, 1996’ for the first time to take ahead the development of agriculture and farmers.

In line with the policy, different programmes were taken which resulted in unprecedented success in the agriculture sector while the country attained self-sufficiency in food facing the food deficit of the past, she said.

She said because of the agriculture friendly policy of the incumbent AL government, the success attained in agriculture has made Bangladesh a role model in the world.

In the last 12 years, the production of food grains has increased by 31 percent which is 102 lakh metric ton, she said.

Besides, vegetable, pulse, onion, potato and oilseed production increased by 534pc, 443pc, 248pc, 96pc and 75pc respectively, she said adding that during the period, 656 high productive species of different crops have been invented.

“We are working to ensure nutrition security of the people,” she said urging all to be attentive in protecting farmland and conserving environment.

The government will continue providing all-out support to the development sustainable agriculture, she said.

She hoped the government will be able to build a malnutrition, hunger and poverty free, developed, prosperous and modern Sonar Bangladesh as dreamt by the Father of the Nation with the united efforts of all.