Cannabis use may be linked with suicidal thoughts 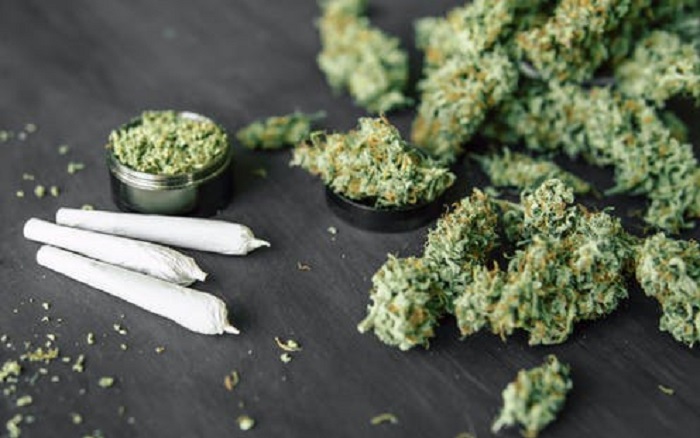 Cannabis use has been associated with a higher likelihood of thinking about suicide in young adults, according to a study from the US National Institutes of Health published Tuesday in the journal JAMA Network Open.

The survey study examined data from more than 281,000 adults ages 18 to 34, who participated in the National Survey on Drug Use and Health from 2008 to 2019. These adults answered questions about cannabis use or disorder, major depressive episodes and suicidality -- which includes suicidal ideation, plans or attempts -- in the past year.

"While we cannot establish that cannabis use caused the increased suicidality we observed in this study, these associations warrant further research, especially given the great burden of suicide on young adults," said US National Institute on Drug Abuse Director Dr. Nora Volkow, the study's senior author, in a statement.
"Using nationally representative data, we found that trends in suicidal ideation, plan, and attempt varied by the pattern of cannabis use ... among adults aged 18 to 34 years from 2008 to 2019, a time of marked increases in both cannabis use and suicidality," the authors wrote in the study.

Even participants who said they didn't use cannabis every day -- or fewer than 300 days per year -- "were more likely to have suicidal ideation and to plan or attempt suicide than those who did not use the drug at all," the researchers found.

"These associations remained regardless of whether someone was also experiencing depression," according to a news release for the study. Of the study participants who didn't experience a major depressive episode in the previous year, about 3% of those who didn't use cannabis reported suicidal thoughts, compared to around 7% who didn't use cannabis every day, roughly 9% who used cannabis daily, and 14% with cannabis use disorder, the authors found.

Some of these associations were more significant among women and non-Hispanic Black participants, the researchers found. Women with any level of cannabis use in the past year had a higher prevalence of past year suicidality, when compared to men.

The study doesn't "allow us to determine the exact mechanism explaining why more women than men," Volkow told CNN via email. "Our findings are consistent with prior reports of higher sensitivity of women than men to the negative effects of cannabis in the brain."

The research "generates more questions than answers," said Dr. Lucien Gonzalez, an assistant professor in the department of psychiatry and behavioral sciences at the University of Minnesota Medical School, who wasn't involved in the study.

"Suicide and suicidal thinking are multifactorial, complex experiences and behaviors. There are many theories about the causal factors in suicide attempts and death by suicide, and as yet we still have an incomplete understanding," Gonzalez told CNN via email.

In addition to not detecting a causal relationship between cannabis and suicidality, he said, the study design doesn't "put together that complex moment when a suicide attempt occurs, nor how cannabis use may or may not relate."

Explaining the higher prevalence in female participants is difficult without asking more questions, especially since the study used only the binary male-female sex identifier, he added.

"How much of this is socialized?" he said. "How does this interact, if at all, with cannabis use in the moment of an attempt? How does cannabis use, if at all, interact with the sustaining of depressive cognition and/or suicidal thinking on the individual level?"

The findings regarding race and ethnicity were similar to those in a recent study on substance use and suicidality among high schoolers: Although more White participants experienced suicidal ideation or planning than those of other races or ethnicities, slightly more non-Hispanic Black participants attempted suicide, used cannabis nearly every day or daily, and had cannabis use disorder. The higher prevalence of suicide attempts among Black participants might be partly due to inadequate access to mental health care, and care that is culturally responsive to different identities and needs, experts have said about studies on opioid misuse and suicidality.

Another factor possibly influencing racial disparities, Gonzalez said, is how cannabis use might have led to disproportionate legal, vocational or social consequences that may have contributed to suicide attempts.

"While there seems to be some overall legal loosening and social acceptance of cannabis use on many levels, this is not experienced equally," he added. "Cannabis is still racialized, and those identified as Black are more likely to feel the consequences of cannabis use that may have nothing to do with the plant itself."
Participants whose families earned $49,999 or less were also generally more likely than families with higher incomes to experience suicidal ideation, planning, suicide attempts and daily or near-daily cannabis use. The study also generally found the same trend among part-time workers and unemployed people compared to full-time employed participants.

Being unemployed and having a lower income, regardless of cannabis use, are risks for suicidality, Gonzalez said.

These economic conditions could "also could interact with cannabis use in ways that need to continue to be explored," Gonzalez said. "For many people, lower income and underemployment could relate to (societal) effects of cannabis use, or it could also relate to punitive responses to it. There are still many jobs where detection of use can result in termination and/or the pool of jobs may become limited for someone after being jailed for a cannabis-related charge."