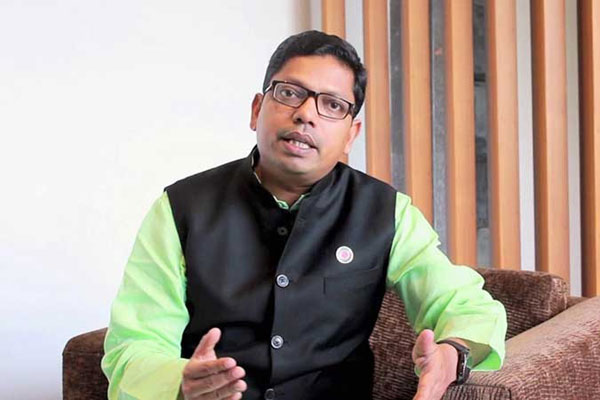 State Minister for Information and Communication Technology Junaid Ahmed Palak said 17 crore people across the country are getting the benefits of Digital Bangladesh.

“Even 12 years ago, we were a low-income country. With PM Sheikh Hasina's foresight, talent, courage and honesty, Bangladesh's per capita income has risen to $2,227 and almost all administrative activities are being done in digitized way,” he said.

The state minister made the remarks while addressing the virtual Eid reunion of Natore District Association and inauguration of USA, Inc. as the chief guest  on Monday.

The state minister said, "Those who were in power in Bangladesh in the past after 75, never felt the need for a call center for the citizens of the country. They never thought of anything better to serve the nation."

"The worthy successor of Bangabandhu Sheikh Mujibur Rahman, our PM Sheikh Hasina established and inaugurated the first emergency call center in Bangladesh on 12 December 2017 thinking about the citizens," a press release quoted Palak as saying.

Mentioning that e-commerce has become a very strong sector in Bangladesh, the state minister said that, "People of Bangladesh like residents of developed countries shop from their home without any hassle. Now this scenario is very common in the country with the boon of Digital Bangladesh."

He added that in the last 15 months, judicial cases have been executed in virtual courts. Of which about 1 lakh 20 thousand bail has been executed.