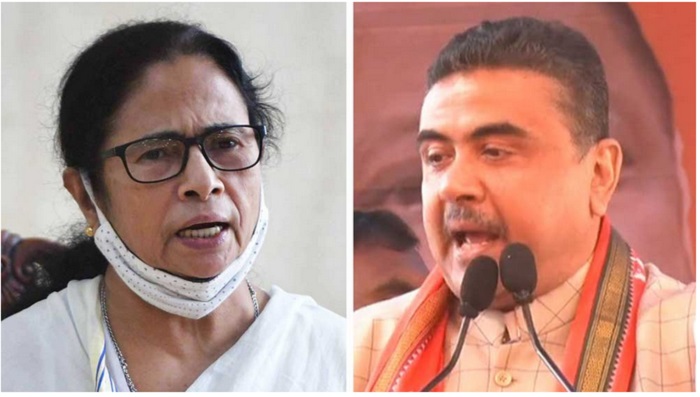 The matter was mentioned by Banerjee's lawyer before the court of Justice Kaushik Chanda as per the list for hearing on Friday.

Justice Chanda said Banerjee is required to be present on the first day of hearing as it was an election petition. The lawyer for Banerjee said that she will act in accordance with the law. Justice Chanda then fixed the matter for hearing on Thursday.

West Bengal Chief Minister Mamata Banerjee has filed an election petition before the Calcutta High Court praying for declaring the election of Suvendu Adhikari from Nandigram as null and void, and the matter has been listed for hearing on Friday.

The Trinamool Congress supremo, in her petition, has accused Adhikari of committing corrupt practises as envisaged under Section 123 of the Representation of the People Act, 1951.

The alleged corrupt practices included "bribery, undue influence, spreading enmity", according to her petition. Banerjee also claimed in her plea that discrepancies were committed in the counting process.

The Election Commission had declared Adhikari the winner and the Trinamool Congress supremo the runner-up in the fiercely contested election for the Nandigram constituency.

Alleging discrepancies and malpractices in the counting process and refusal of requests for recounting of votes by the returning officer, Banerjee had said following declaration of the results that the doors of the court would be knocked on the issue. BJP MLA Suvendu Adhikari is at present the leader of the opposition in the West Bengal assembly.