Mohammedan holds nerve to win Super Over against Khelaghar 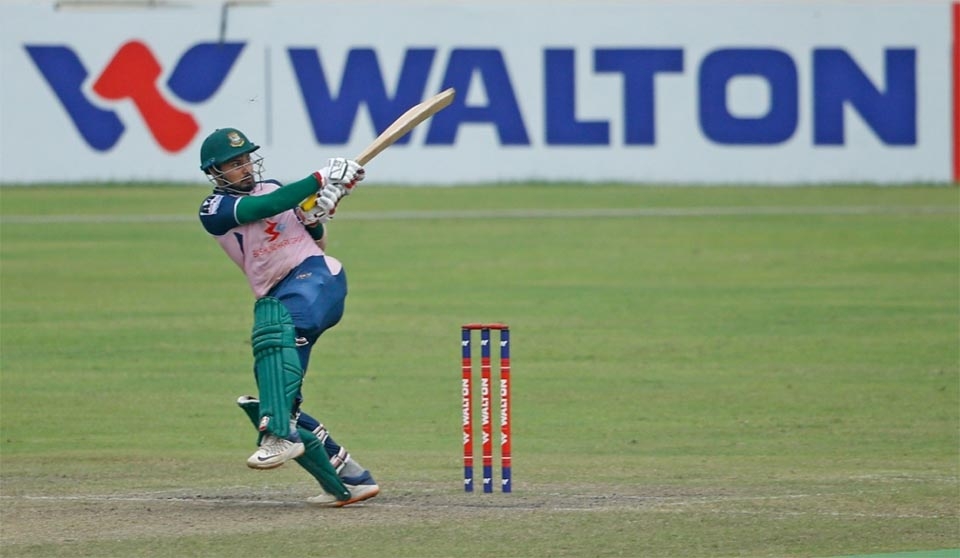 A match that went down the wire and needed a Super Over to determine the winner, Mohammedan Sporting Club held the nerve to win it against Khelaghar Samaj Kallyan Samity in the Bangabandhu Dhaka Premier League (DPL) at BKSP-4 ground on Wednesday.

The match, which was reduced to 10 overs due to rain, was tied after both teams scored 88 runs.

Mohammad Mazid was key for Mohammedan in both phases of the game. Opting to bat first, Mohammedan were restricted to 88-9 with Mazid alone hitting 57 off 30. His innings was studded with five fours and four sixes. Apart from Mazid, no one of Mohammedan could reach the double digit mark.

Khelaghar’s Irfan Hossain was the wrecker-in-chief with 4 for 9 runs in just two overs. He was key in slicing Mohammedan’s batting line up including taking the wicket of Mazid.

Captain Jahurul Islam Omee and Masum Khan played the vital role as Khelaghar leveled with Mohammedan’s score with 88-5 after the stipulated 10 overs. Omee blasted 15-ball-28 while Masum Khan was not out on 33 off 17. Taskin took 2-22.

In the Super Over, being sent to bat first, Khelaghar made 13-1 in one over with Masum Khan alone taking 10 off 4.

But Irfan Shukkur and Mazid helped Mohammedan score 14 runs in one over, losing one wicket. Mazid scored 6 off 3 before being out in the penultimate ball, when the score was level. Parvez Emon took the single in the last ball to confirm the victory in Super Over. Shukkur who hit a six to keep Mohammedan ahead in a one-over eliminator was not out on 7.