Tale of a Successful Leader 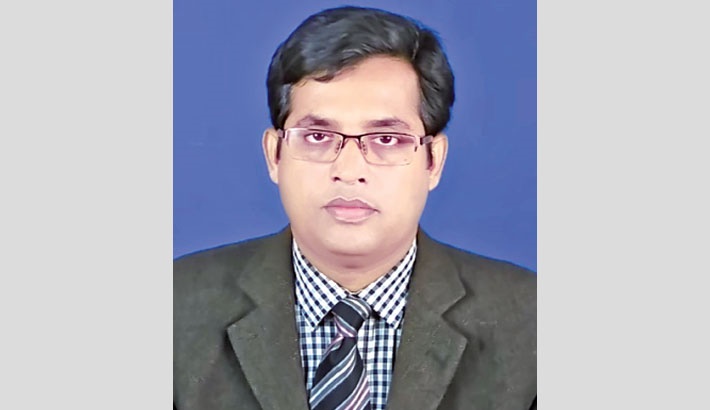 The COVID-19 pandemic has indeed been a major challenge for leaders of countries worldwide in the struggle of survival under unforeseen situations. Management is theatrical in many aspects under such tragic situations - that is to say, it mirrors the dramatic atmosphere on the ground. Sociologist Erving Goffman has rightly said that leaders need to exhibit diverse faces throughout the crises to meet unanticipated obstacles.

Leaders must perform two fundamental roles during the country's crisis, staying at the front and back. From the front, they must encourage the citizens to work unitedly during the pandemic, sending a positive message to them and providing hope for the future. They should display compassion and enthusiasm before the citizens. They should also be kind and humble while discharging their responsibilities. They are also required to undertake a realistic approach for tackling the pandemic situation behind the scene. They should deal with the crisis in such a manner that citizens keep trust in them. Therefore, the qualities of a good leader could make a huge difference in dealing with challenges triggered by a pandemic like COVID-19.

In the last year and a half, we have witnessed various twists and turns in the economic and health management systems in different countries owing to terrible consequences of the pandemic. We have seen the healthcare systems in North America and Europe fail in dealing with the growing number of infections and fatalities. We have witnessed the careless behaviour of former US President Donald Trump while dealing with the COVID-19 pandemic. At the same time, we have seen the success stories of some heads of governments hailed by the international communities. For instance, Justin Trudeau of Canada and Jacinda Kate Laurell Ardern of New Zealand have been highly applauded by the international community for their excellent efforts in saving their citizens and economy from the devastation of the catastrophe.

Like these western leaders, one South Asian leader has also drawn the world community's attention as an inspirational leader in COVID management. She is none other than Bangladesh’ Prime Minister Sheikh Hasina. Since March 2020, she has been relentlessly working to save the citizens and maintain economic dynamism. Due to her credible leadership, the Bangladesh economy has been performing quite well amid the negative effects of the pandemic. We have outnumbered India in terms of per capita GDP. Even the GDP growth rate has been positive as compared to other giant economies. The COVID fatality rate, along with the number of total patients, has been quite low. There have been many writings on different measures taken by Sheikh Hasina during the pandemic. Therefore, I will not be focusing on those issues. Instead, I will concentrate on some of the leadership traits of Sheikh Hasina that have distinguished her from others.

The first one is Sheikh Hasina's farsightedness. A leader, to be successful, must be cautious enough to forecast a crisis way ahead of time than the ordinary citizens. She could sense the disastrous impact of the pandemic in advance, and thereby took several measures to safeguard the citizens from contamination and ensure that the wheels of the economy remain in motion. She tactfully enforced lockdowns and reopened offices, factories and business centers. She has, so far, managed to ensure a balance between life and livelihood of citizens quite successfully.

Taking such decisions during the worst ever pandemic of the century is not easy for a leader of a developing country like Bangladesh, where a vast majority of people live from hand to mouth. However, she has proved that we could overcome any crisis if we take the right decision at the right time. She predicted the necessity of vaccines for the people of Bangladesh. Therefore, she ordered the health ministry to purchase 30 million doses of vaccines when many of the world's giant economies could not manage vaccines for their citizens. Though vaccination was shortly suspended due to an embargo by the Indian government on export of vaccines, the government of Sheikh Hasina negotiated with different alternative sources for purchasing vaccines.

The second trait of Sheikh Hasina's leadership is her honesty. We have observed different regimes and leaders in the country in the last 50 years. We have also witnessed that most leaders and their family members got involved in corruption and made money. Once the highest position holder of the country becomes embroiled in corrupt practices, others get inspired. However, Sheikh Hasina and her immediate family members have been quite exceptional in this regard. Therefore, even her arch-rival cannot claim that either she or her close family members have got involved in corruption. This does not mean that corruption has been reduced by a great extent in the country. One of the major challenges of the Sheikh Hasina government is controlling the corruption of a section of administrators, politicians, and business people. However, it is also true that she has taken direct actions against many of them. Her honesty has led her to take courageous measures against corruption for the benefit of the countrymen. Even during the COVID-19 pandemic, she has taken various measures to penalise those proven to have been complicit in corruption.

The third trait of Sheikh Hasina's leadership is love and devotion to the people. Like her father, she has a special affection for the citizens of Bangladesh. Therefore, her government has adopted comprehensive measures to assist those in need during the pandemic by providing as much support as possible. It goes without saying that the government of Bangladesh cannot afford to assist needy people for months while enforcing a lockdown to keep people safe from infections. The government supported needy people during the worst times, thus the anguish of citizens was not in excess.

The last trait of Sheikh Hasina's leadership that has made her exceptional from others is her decisiveness. She always makes decisions with determination. She could ascertain which is good and which is bad. She listens to everyone but decides on her own accord. This is one of the greatest traits that distinguish a leader. The boldness of her decision making and foresight has helped her save the country from fatality and economic recession during the pandemic. Having observed her success as the head of the government in handling the pandemic, the Commonwealth has rightly identified her as one of the three most inspirational leaders of the world. In addition to effectively overcoming the challenges of the epidemic, the country has achieved enormous economic progress under her competent leadership. We expect that we will become citizens of a developed country under her prudent leadership.