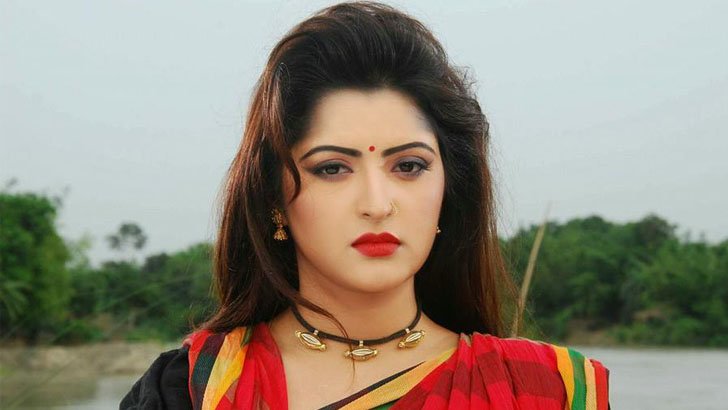 Earlier on Sunday night, the actress alleged in a press conference that Nasir U Mahmud, former president of Uttara Club Limited and a businessperson named Omie wanted to rape and murder her.

On June 10, Pori Moni along with Omie and make-up artist Jimmy visited a club where Omie introduced them to some of his acquaintances, who were drinking alcohol.

"Last Wednesday, at midnight, Omie took me to a club at Birulia. I met Nasir U Mahmud that day and he introduced himself as the president of Dhaka Boat Club," she said.

According to her, one of them forced a glass to her face and started touching her inappropriately. When she resisted, they went on to hit both Jimmy and Pori Moni, the actress said.

"They physically assaulted me and tried to kill me. Omie was also involved in the whole setup."

Earlier in a facebook post, she appealed to Prime Minister Sheikh Hasina to ensure investigation into the incident and punishment to the perpetrator.

Addressed to the Prime Minister, the appeal reads “I am Pori Moni, an abiding citizen of the country and also a film actress. I have fallen victim to physical torture. I have escaped a rape and assassination plot. I pray for justice.”

Pori Moni said she went from door to door seeking justice but in vain.

“I did not get anybody to take the matter seriously. Everybody listened to the incident and just kept mum. If I refrain from seeking punishment to the offender, I will follow example of many other women who just tolerated injustice silently and blamed their fate.”

According to facebook status, the actress lost her mother at childhood and she feels necessity of mother in this critical juncture.

“I lost my mother when I was two and half years old. I could not felt her absence that much. But I really need her at this moment.”

Addressing Prime Minister as “Mother”, Pori Moni requested her to extend help to save life.

“I need you, mother (Prime Minister). I want to live. Please save my life,” she said.