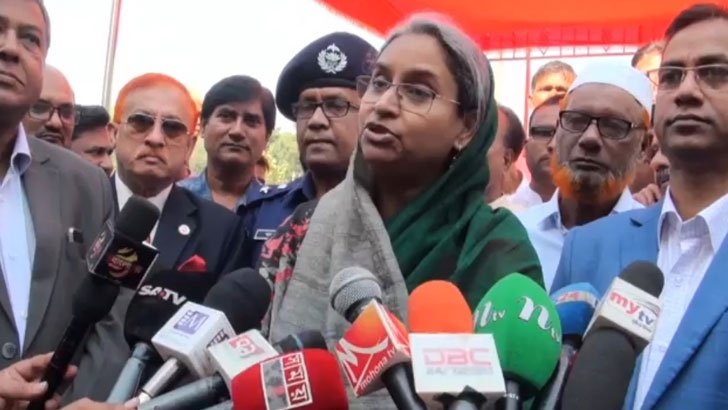 He made the statement while briefing to media after completion of a discussion meeting organized by Swapna Foundation on the occasion of Prime Minister Sheikh Hasina’s release Day from prison at the National Press Club in the capital on Sunday.

She said, “The government is planning to devise a system to hold Secondary School Certificate (SSC), the Higher Secondary Certificates (HSC) and equivalent examinations this year.”

The educational institutions have been closed since March last year. The government had announced schedule for the reopening earlier this year when the number of COVID-19 cases dropped, but a second wave of infections forced the authorities to scrap the plan.

The schools and colleges will remain closed at least until June 30.

The authorities usually held the SSC exams in February and the HSC tests in April every year before the pandemic.

Last year, at the onset of the pandemic, the SSC tests were completed, but the HSC exams were postponed.

As the institutions remained shut, the students were promoted automatically to the next classes without exams after holding classes online.

The HSC results were published by averaging the candidates’ grades in JSC and SSC.