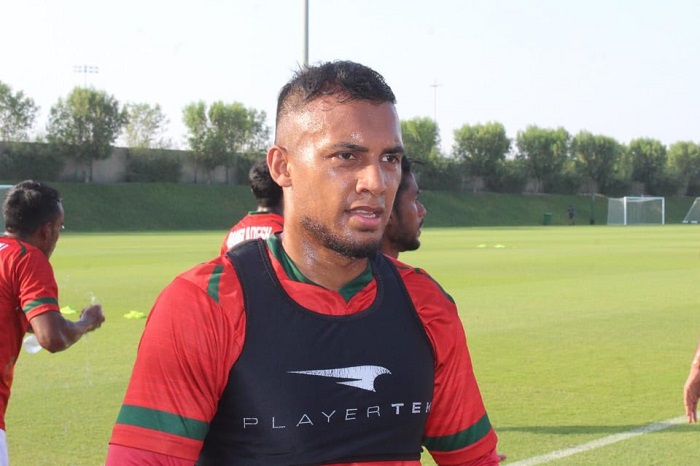 “I played well against Afghanistan but failed to create chances against India. We failed to possess the ball and made several passing mistakes in the game. The first 10 minutes were good, but then we only thought about defence, it was a mistake. We should keep pressing them some more 10 to 15 minutes,” said Jamal to the reporters on Tuesday.

“I think we lost our energy in the game. Everyone wanted to watch our brilliant display. But we failed in ball possession. We have to improve it. We have to clear our passing mistakes and have to play more pressing football. Our next match against Oman, we have started to work on it,” the Danish-born Bangladesh captain added.

Bangladesh are currently 184th in FIFA rankings, were confident about winning against India since they started their camp in May. The team had a great chance to earn a spot in the third round of AFC Asian Cup 2023 qualifiers and to end the 22-year win drought against their neighbours in the match.

The men in red and green were boosted with full of confidence after playing a 1-1 draw with Afghanistan in their first match at the same venue on Thursday. But Indian captain Sunil Chettri ruined all of their dreams with his late brace utilising Bangladesh’s defencive errors in the 79th and 92nd minutes.

The young Finnish-born defender Tariq Raihan Kazi blamed their lack of concentration behind the defeat.

“India showed their strength in the last 10 minutes and we may be lost a little bit of our concentration. That’s why we conceded two goals in the game that is very unfortunate. As a team, we tried our best, but that was not enough yesterday,” said Tariq.

Bangladesh coach Jamie Day credited Sunil Chhetri who changed all equations within a span of 13 minutes.

“I thought for long periods we defended well with a couple of half-chances. But if you have a player in Chhetri (Indian captain), if you give him a chance he will score like he showed tonight. He had two chances in the last 10 minutes and converted them,” said Jamie.

“Obviously we’re disappointed to lose the game but I thought for 80 minutes we competed very well and showed our quality when we were in possession. But the disappointment from yesterday was that we gave the ball away too much and back to India,” said the coach, admitting that his team gave away possession too easily.

Bangladesh will play their last match against Oman on June 15 at the same venue.