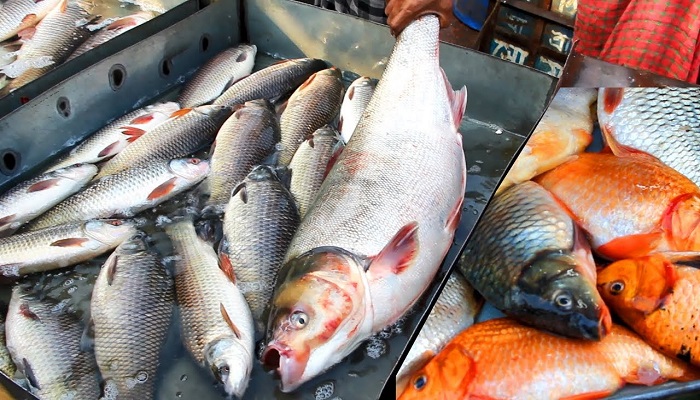 German business people observed that Bangladesh should give more focus on organic certification for expanding its market in Germany by competing with other fish producing countries in Asia.

They laid emphasis on quality and standard certification with regard to the European and especially the German market.

The business community made the remarks on Monday while speaking at a virtual conference titled “Bangladesh: Opportunities for export and trade of fishery products”, said a press release today.

Bangladesh Embassy in Berlin, Germany and German Agribusiness Alliance jointly organized the virtual conference where more than 70 business people and policymakers from both countries joined.

The German business community mentioned that organic certification provides an opportunity to gain the edge over competing Asian fish producing countries such as Vietnam, China and Indonesia and will help Bangladesh achieve higher prices.

Commercial Counsellor of the Bangladesh Embassy in Berlin Md Saiful Islam and Director of the German Business Alliance Alina Gumpert moderated the session.

In his speech, Md Mosharraf Hossain Bhuiyan said Bangladesh is one of the world’s leading inland fisheries producer ranking third in terms of production.

He mentioned that although the country exports shrimps to Europe, there is enough scope to increase export of both shrimp and fresh water fish.

The ambassador urged German business people to invest in Bangladesh for processing and exporting fish.

Rawnak Mahmud informed that there is still potential in terms of investments in production, quality and technical knowhow.

He requested the German side to come forward with cooperation and investment like deep sea sector and also mentioned designated economic zones.

He said these developments provide tremendous opportunities and are a task for ministries and businesses alike.

Hafizur Rahman said Bangladesh has expected to export the fisheries items for USD $ 1 billion to Germany in the next fiscal.

Now, Bangladesh is exporting the fisheries products for around $ 0.50 billion to Germany, he added.