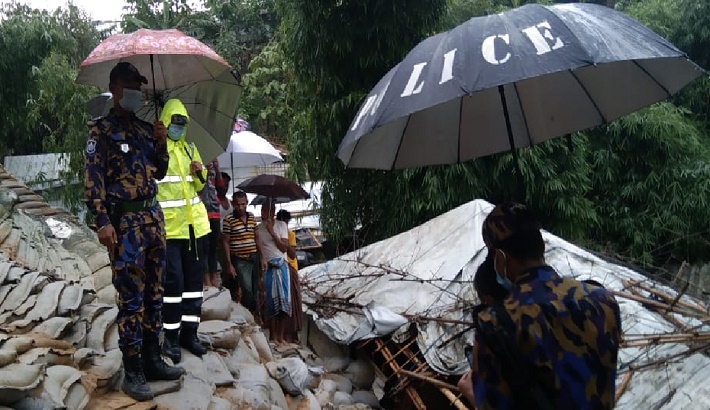 Two Rohingyas were killed on Saturday  in landslides following heavy rainfall in Ukhiya and Teknaf in Cox's Bazar on Saturday.

The deceased have been identified as Rahim Ullah, 35, and  Nur Hasina, 20.

The captain of the 14th Armed Police Battalion (APBn) and Superintendent of Police MD Shihab Kayser confirmed the news to UNB.

“Rahim Ullah died in the landslide at around 10:30 am in the morning while he was cutting soil. Upon receiving the news a team of APBn recovered the dead body and handed it over to the concerned authorities,” Kayser said.

“The house of Nur Hasina was demolished due to a landslide at around 2pm. APBn rescued Hasina and rushed her to a local medical facility where the on-duty doctor declared her dead,” said 16th APBn Additional Superintendent of Police Tariqul Islam.

The dead bodies were handed over to police, who sent them to Cox’s Bazar Sadar Hospital morgue for autopsy, reported our local correspondent citing APBn sources.