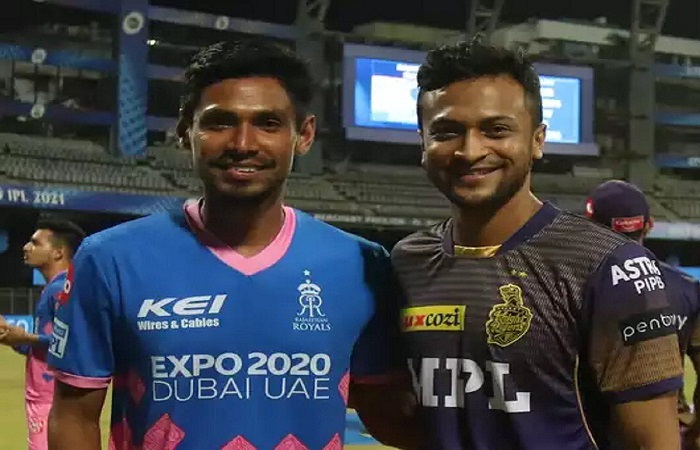 Shakib Al Hasan and Mustafizur Rahman- are uncertain for the remainder of the Indian Premier League (IPL) 2021 which is temporarily truncated due to the surge of Covid-19 in India.

Nazmul Hassan, the Bangladesh Cricket Board (BCB) president, has hinted that the board will not issue a NOC for them to partake in the remaining part of IPL which is likely to take place in September-October this year.

“World Cup is coming up and every game is important for us now,” Nazmul said while talking to  a local satellite channel on Sunday.

“I see no possibilities to issue a NOC for Shakib. It’s nearly impossible keeping our schedule in mind,” he added.

Besides, Akram Khan, the cricket operation chairman of BCB  also hinted that the board is reluctant to issue NOC for Shakib and Mustafizur for IPL.

“Since achieving World Cup Super League points and T20 matches before the T20 World Cup are important, we would like to take on England with a full-strength team,” he said.

Shakib has been going through a bad patch since he returns to play competitive cricket after serving a one-year ban.

Mustafizur, on the other hand, had a great time in the IPL. In the absence of Jofra Archer, he led the pace-attack of the Royals and demonstrated his skill of delivering deadly cutters well.

Bangladesh are scheduled to tour Zimbabwe later this month, and after that, they’ll host Australia for a five-match T20 series before taking on England and New Zealand as the lead up to the T20 World Cup 2021 which is slated to be played in India later this year.

However, both Shakib and Mustafizur missed the Sri Lanka tour for a two-match Test series due to IPL commitment.