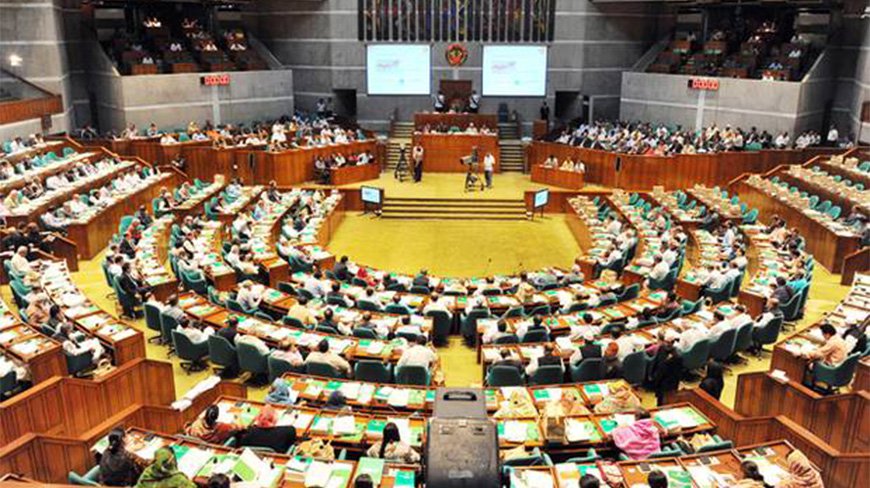 The 13th session (Budget) of the 11th Jatiya Sangsad will begin on Wednesday as the proposed budget will be placed in the parliament for the second time during the global novel coronavirus pandemic.

President M Abdul Hamid called the session as per the power bestowed on him by the constitution.

The national budget of 2021-2022, country’s 50th and also 21st budget by the incumbent government led by the Awami League will be placed in the Jatiya Sangsad on June 3 during the session.

Finance Minister AHM Mustafa Kamal is going to place the budget at 3pm on that day for three consecutive times.

Meanwhile, all the preparation has already been completed by the parliament secretariat for holding the brief budget session likely to conclude by July 3 after scheduled adjournment of the sitting.

The 2020-2021 fiscal year’s budget size was Taka 5,68,000 crore while after the independence, the volume of country’s first budget was only Taka 786 crore which was placed by the then Finance Minister Tajuddin Ahmed.

The 2020-2021 fiscal year budget session was the most brief one in the history of Bangladesh due to corona pandemic as the budget was approved within nine days after brief discussion since it was placed on June 11.

Simultaneously, the proposed budget session will advance amid strict corona health guidelines under ongoing corona restrictions enforced by the government.

On June 2, the first day of the budget session, is believed to be adjourned after adopting obituary reference on Aslamul Haque, a ruling party lawmaker of Dhaka-14, who died on April 4, last day of the 12th parliament session.

Only 110-120 parliament members will participate in the session following necessary Covid-19 health guidelines and maintaining social distance, confirmed by the parliament secretariat.

Media representatives have been asked to cover the parliament reports from the live broadcasting of Sangad Bangladesh television.