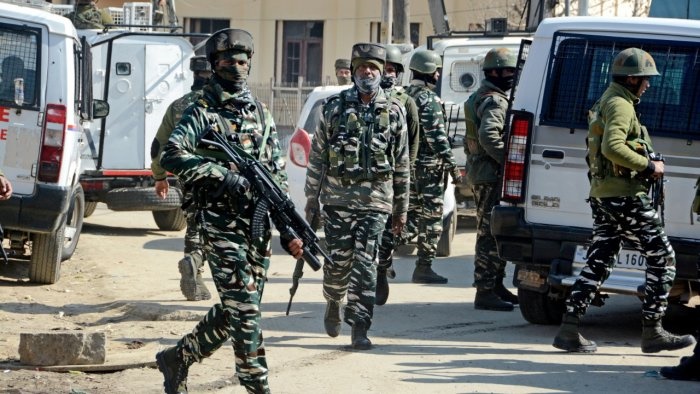 The encounters between security forces and militants have seen a decline in Kashmir apparently due to the ongoing Covid-19 lockdown as only eight ultras were killed in four gunfights in the last one month.

“Less movement by militants was the major reason as to why the number of encounters have gone down. Militants are lying low and they have restricted their movement also,” a senior police officer told DH. He said the militant movement they track now is not the like how it was before the lockdown. “Inputs from the ground suggest that militants are not moving from one point to another, the way they used to prior to lockdown,” the officer said and added that it seems the strategy of the militants was to remain silent for some time.

Sources also attribute less number of encounters to a decline in local recruitment into militancy and less infiltration from across the border. “The trend of local youth joining militancy has come down compared to previous years. Besides, the infiltration has also come down sharply. These two factors combined with militant strategy to restrict their movement is the reason for decline in encounters,” they revealed.

J&K police chief Dilbagh Singh agrees that the Covid-19 pandemic has affected the antimilitancy operations in the Union Territory (UT) to “some extent.”

“Several policemen and security forces personnel have tested positive for Covid. There is also a huge deployment of policemen on roads to enforce lockdown,” he told reporters recently in south Kashmir’s Kulgam district.

However, Singh was quick to add that the anti-militancy operations were not on a halt and “police have not given a free hand to militants to roam around as operations are being conducted on the basis of specific inputs.”

The police chief said that local recruitment into the militancy was still taking place “but the numbers were less compared to the previous years.”