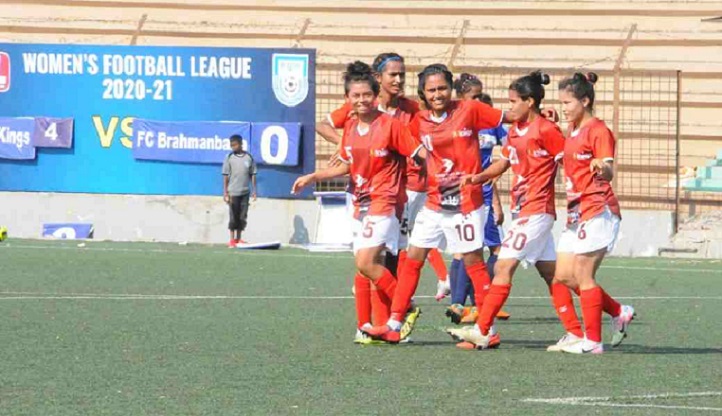 Bashundhara Kings will take on Cumilla United in their fifth match of the ongoing Women’s Football League at the Bangabandhu National Stadium in the capital today at 7:15pm.

After beating Ataur Rahman Bhuyan College Sporting Club by 1-0 goal in a tough match last week, Kings will be eyeing to continue their winning streak in the day’s match.

On the other hand, Cumilla played a 1-1 draw with FC Brahmanbaria last week.

Kings have been leading the points table with 16 points from four matches while Cumilla earned 7 points with 2 wins, one draw and one defeat from 4 matches.

In the day’s other matches, FC Brahmanbaria will play against Nasrin SA at the same venue at 5:15pm.