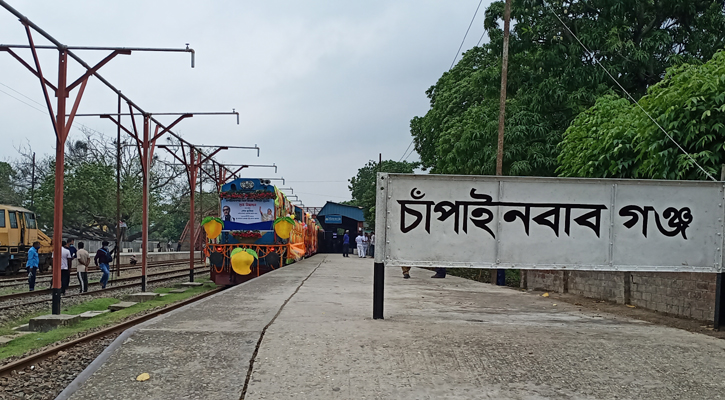 She opened the special train service through a virtual platform from her official residence Ganabhaban.

The West Zone of Bangladesh Railway has taken the initiative to transport mangoes at a lower cost for the welfare of mango farmers and traders amid the Covid-19 situation.

The train, having the capacity of 150 metric tonnes (MT) in its five wagons, will depart Chapainawabganj for Dhaka via Rajshahi every day and the transport cost is up to Tk 1.3 per kg and Tk 1,300 per MT magno.

The train will have stoppage for loading mangoes at 14 stations on the Chapainawabganj-Dhaka railway route. The train may make stoppages at other stations based on parcel booking and unloading.

Bangladesh Railway is implementing the project to build the 24.80 km broad-gauge track at the estimated cost of Tk 1,202 crore within 18 months.

On May 29, 2018, the Executive Committee of the National Economic Council (Ecnec) cleared the project to construct the rail line from Madhukhali to Magura via Kamarkhali in Faridpur.