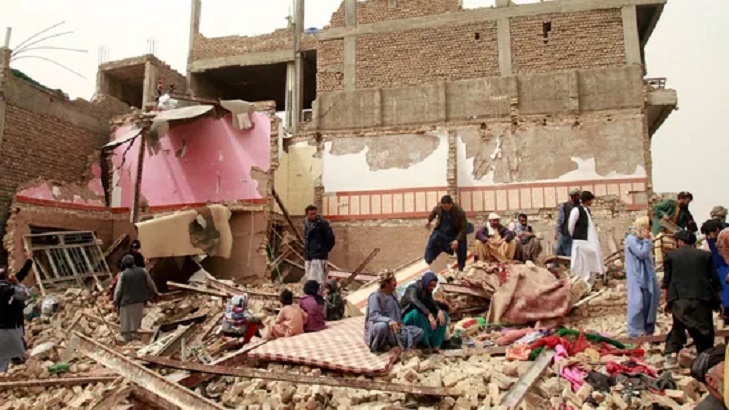 Locals inspect the site of a car bomb attack in Herat province, west of Kabul, Afghanistan.(AP)

The operation was launched in Marwa village of Pashtun Zarghon district of the province, the statement said, adding that "seven Taliban terrorists who were the prison keepers were killed during the operation."

"The forces have also seized weapons during the operation and destroyed six motorcycles belonging to the Taliban," it said.

Eight security force members were freed from a Taliban prison in an operation in northern Baghlan on Sunday night, the Ministry of Defense had said.

The operation was launched in Amarkhil village of Baghlan-e-Jadid and the security force members who had been taken captive were released, it said.