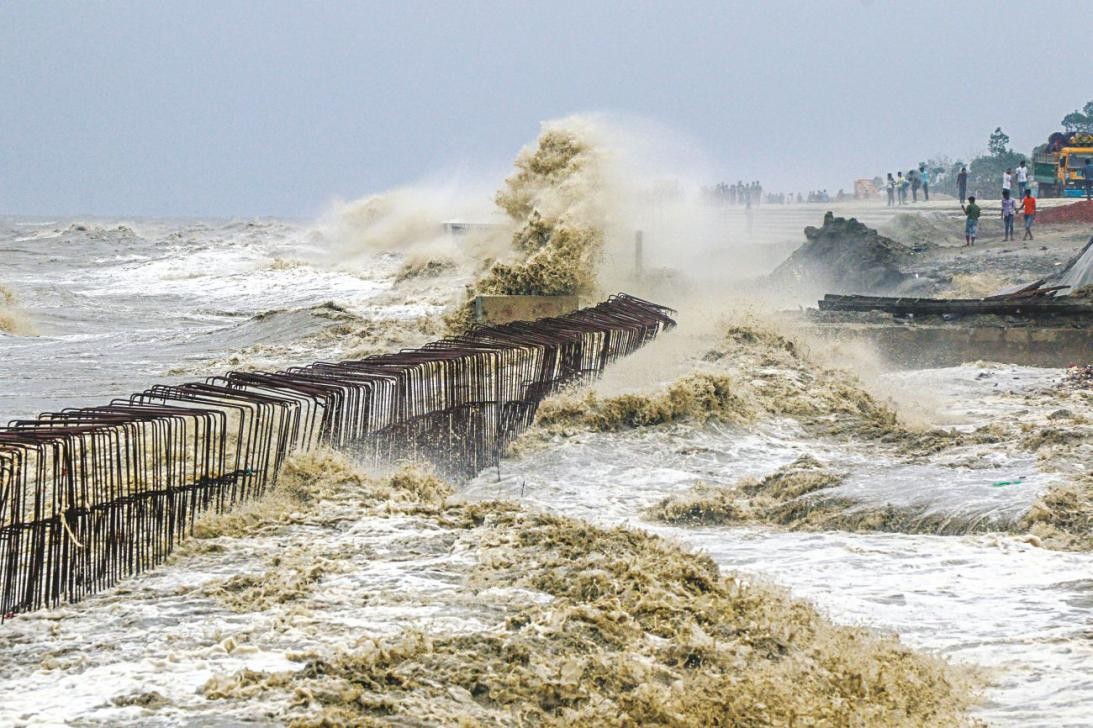 Cyclonic storm Yaas has turned into a 'Very Severe Cyclonic Storm' and is currently moving at a speed of about 15kmph in the sea.

The centre of the storm may pass through Odisha’s Balasore. The outer reach is likely to hit Balasore in the morning.

The ports have been asked to keep hoisted warning signal No. 3, which means the vessels at the ports may be hit by wind of up to 50 km per hour.

All fishing boats and trawlers have been advised to remain in shelter until further notice.

Maximum sustained wind speed within 74 km of the cyclone’s centre was about 120 kph rising to 140 kph in gusts or squalls. Sea will remain high near the centre.

The authorities have also shut all river transports as an additional precaution.

Bangladesh Meteorological Department said the coastal districts and their offshore islands and shoals are likely to experience wind speed of up to 80-100 kph in gusts or squalls with heavy to very heavy falls during the passage of the storm.

Under the influence of the full moon phase and the cyclone, the low-lying areas of these districts are likely to be inundated by astronomical tide of three to four feet above the normal height.

The storm could threaten the habitat of many creatures in the Sundarbans if it crashes into the coasts during full moon which will create huge tidal waves.