US journalist detained in Myanmar: employer 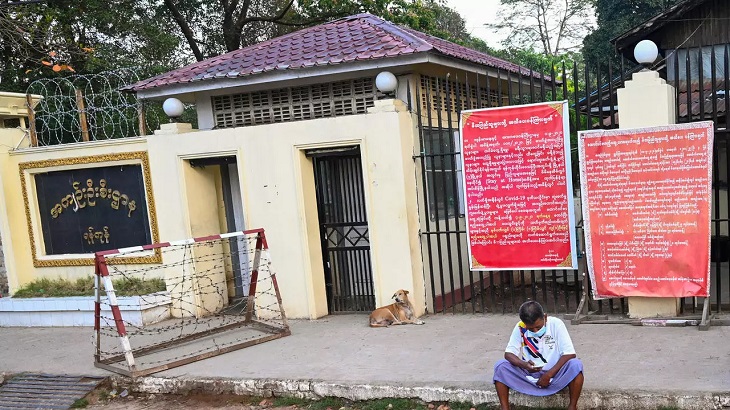 An American editor of a Myanmar-based news outlet was detained by authorities in Yangon as he attempted to board a flight out of the country Monday, his employers said.

United States citizen and managing editor of Frontier Myanmar Danny Fenster was detained at Yangon International Airport, his employers said in a statement on their verified Twitter account.

"We do not know why Danny was detained and have not been able to contact him since this morning. We are concerned for his wellbeing and call for his immediate release," Frontier said.

"Our priorities right now are to make sure he is safe and to provide him with whatever assistance he needs."

Myanmar has been in uproar since the February 1 coup, with near-daily protests and a nationwide civil disobedience movement.

More than 800 people have been killed by the military, according to a local monitoring group.

The press has been caught in the junta's crackdown as the military attempts to tighten control over the flow of information, throttling internet access and revoking the licenses of five local media outlets.

Fenster, 37, had been working for the outlet for around a year and was heading home to see his family, Frontier's chief editor Thomas Kean told AFP.

"We learned about 10 am that Danny had not been allowed to board his flight from Yangon airport," he said.

At least 34 journalists and photographers remain in custody across Myanmar, according to monitoring group Reporting ASEAN.

Frontier said it understood Fenster had been transferred to Yangon's notorious Insein Prison.

Japanese reporter Yuki Kitazumi was detained by authorities in Myanmar last month and was held in the same prison until being freed last week.

On his return to Tokyo he said political prisoners in the jail had told him they were tortured with beatings and sleep deprivation.

In March a BBC journalist was briefly detained after being seized by plainclothes officers while reporting outside a court in the capital Naypyidaw.

Separately, Polish photojournalist Robert Bociaga -- who was also arrested while covering protests -- was released in March after nearly a fortnight in detention.

The arrest comes as detained civilian leader Aung San Suu Kyi voiced defiance Monday in her first court appearance since being detained in the coup, vowing her ousted political party would live on.

In the 2021 Reporters Without Borders Press Freedom Index, Myanmar ranked 140 out of 180 countries.

Since the February coup, journalists in Myanmar "face systematic arrest campaigns and censorship", the watchdog said.

"Many will resign themselves to working clandestinely in order to be free to report what is happening and to evade the police."