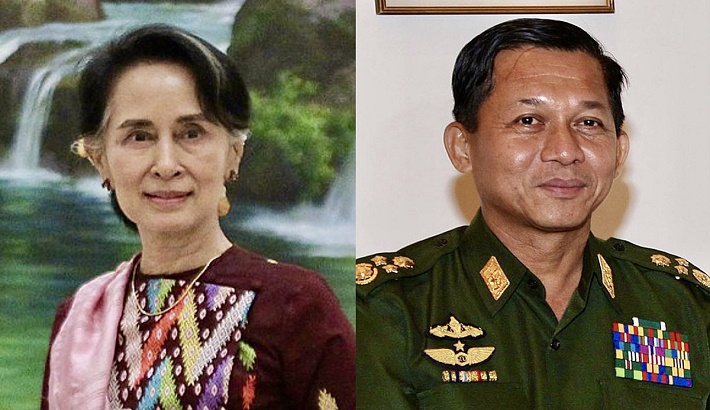 Myanmar's military leader has claimed Aung San Suu Kyi is "in good health" in his first interview since leading a violent coup in February.

She has been under house arrest and has not been seen in public since the military seized control.

The military leader also repeated unverified claims of voter fraud in the country's election in November 2020 - its justification for the coup.

The vote was won by Ms Suu Kyi's party, the National League for Democracy (NLD).

Min Aung Hlaing spoke to Hong Kong's Phoenix Television on Thursday, but the full interview has not yet been aired.

"Aung San Suu Kyi is in good health. She's been staying at home and will appear in court in a few days," he said in the clip. Ms Suu Kyi is due to appear in court on Monday in the capital Nay Pyi Taw. She is yet to be allowed to speak directly to her lawyers.