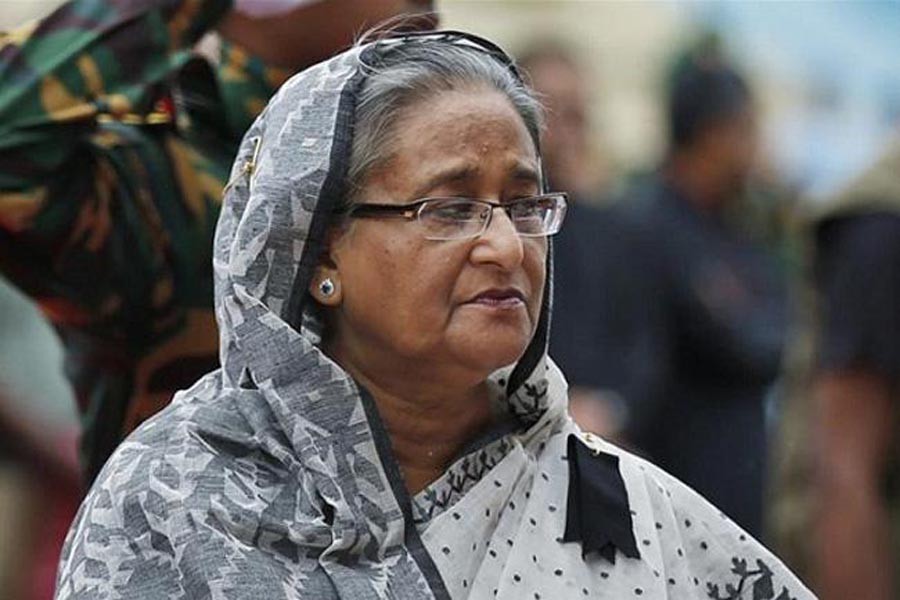 Prime Minister Sheikh Hasina on Wednesday condemned the recent attack on the Al Aqsa mosque compound, urging the world community to take permanent steps to stop such heinous acts anywhere across the globe.

“While expressing our deep condolences to the victims and sympathies to our Palestinian brothers, we unequivocally denounce such acts of terror and violence and urge the international community to take sustainable measures to end such kinds of acts anywhere and everywhere in the world including Palestine,” she said in a letter wrote to President, the State of Palestine, Mahmoud Abbas.

The Prime Minister also said that the evictions of Palestinian families in the Sheikh Jarrah neighborhood and transfer of civilian population into occupied territories by the occupying Israeli forces expose the severe violation of human rights, international laws, and accords which have immensely triggered civic feelings across the world.

Sheikh Hasina in the letter added: “I, on behalf of the people and the Government of Bangladesh, express my deep sadness and concern about the recent attacks of terrorist nature and violence unleashed on the innocent devotees and civilians at the Al Aqsa mosque compound.”

The Prime Minister said that she was taking this opportunity to reiterate Bangladesh’s unflinching commitment in realizing the inalienable rights of the brotherly people of Palestine for an independent homeland and a sovereign and viable State of Palestine based on the 1967 borders with East Jerusalem as its capital.

She however wished that may Almighty Allah give the Government and the brotherly people of Palestine the strength to achieve the goal.