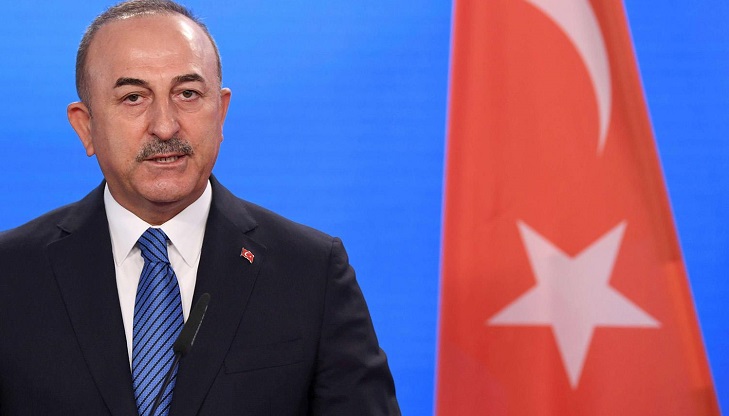 "In Saudi Arabia to discuss bilateral relations and important regional issues, especially the attacks at the Al-Aqsa mosque and the oppression against the Palestinian people," Cavusoglu wrote on Twitter.

The revered Al-Aqsa mosque has been the scene of fierce clashes since Friday between Israeli police and Muslim worshippers.

The trip comes as Turkey seeks to repair relations with its regional rivals, including Saudi Arabia and Egypt.

Ankara's relations with Riyadh deteriorated sharply after the October 2018 murder of Khashoggi, 59, a Saudi insider-turned-critic who wrote columns for The Washington Post.

Khashoggi was dismembered inside the kingdom's consulate in Istanbul after walking into the diplomatic compound to get documents for his wedding to Turkish fiancee Hatice Cengiz.

His death and the subsequent disappearance of his body has tarnished Crown Prince Mohammed bin Salman's image and plunged Riyadh into a diplomatic crisis.

Turkey's President Recep Tayyip Erdogan said at the time that the order to kill Khashoggi had come from senior Saudi officials.

Turkey has also put on trial in absentia two close former aides of Prince Mohammed, along with 24 other suspects.

But Turkey has been taking steps to fix its relations with Saudi Arabia, which remains an important trading partner.

Last week, Erdogan spoke by phone with Saudi King Salman, although no details of those talks were released.