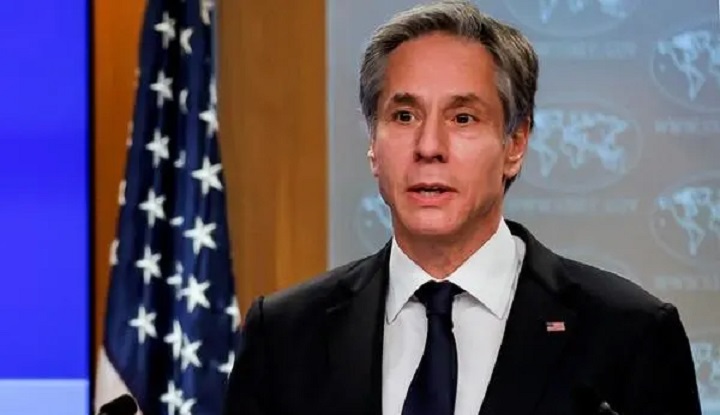 US Secretary of State, Antony Blinken

The United States on Friday called upon the World Health organisation Director-General Tedros Adhanom Ghebreyesus to invite Taiwan to participate as an observer at the upcoming annual meeting of World Health Assembly, saying there is "no reasonable justification" for Taipei's continued exclusion from the forum.

"There is no reasonable justification for Taiwan's continued exclusion from this forum, and the United States calls upon the WHO Director-General to invite Taiwan to participate as an observer at the WHA - as it has in previous years, prior to objections registered by the government of the People's Republic of China," US Secretary of State Antony Blinken, said in a statement.

Asserting that Global health and global health security challenges do not respect borders nor recognize political disputes, Blinken said that Taiwan offers valuable contributions and lessons learned from its approach to these issues.

"Taiwan offers valuable contributions and lessons learned from its approach to these issues, and WHO leadership and all responsible nations should recognize that excluding the interests of 24 million people at the WHA serves only to imperil, not advance, our shared global health objectives," he added.

The WHA is set to hold its 74th annual meeting virtually from Geneva, Switzerland, from May 24 to June 1.

Recently, foreign ministers from the Group of Seven (G7) countries have come out in support of Taiwan's observer status in the decision-making body of the World Health Organization (WHO).

"We support Taiwan's meaningful participation in World Health Organization forums and the World Health Assembly. The international community should be able to benefit from the experience of all partners, including Taiwan's successful contribution to the tackling of the COVID-19 pandemic," the G-7 said in a joint communique Wednesday.

The Beijing government has been blocking Taiwan's representation at WHO meetings after the self-ruled democracy elected Tsai Ing-wen as Taiwan's president in 2016 and again in 2020.

Delegates from Taiwan had attended the World Health Assembly as nonvoting observers from 2009 to 2016, during a period of relatively warm ties between Beijing and Taipei.

Taipei, on the other hand, has countered the Chinese aggression by increasing strategic ties with democracies including the US, which has been repeatedly opposed by Beijing. China has threatened that "Taiwan's independence" means war. (ANI)