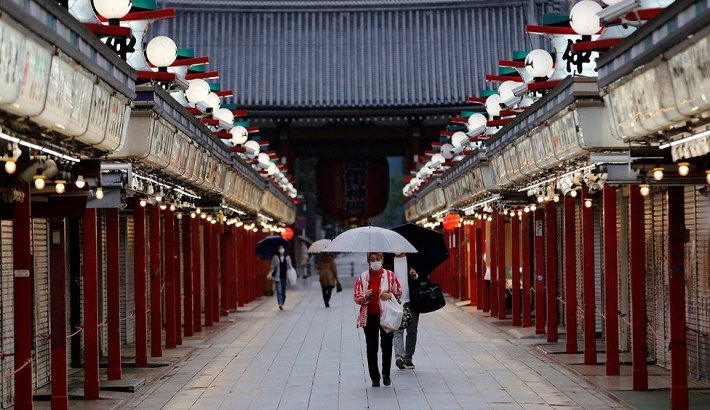 A state of emergency has been extended in several regions of Japan as Covid-19 cases surge, less than three months before the Tokyo Olympics.

Restrictions in Tokyo, Osaka, Hyogo and Kyoto had been due to end on 11 May, but will now remain in place until the end of the month.

Prime Minister Yoshihide Suga also said they had added Aichi and Fukuoka to the regions under a state of emergency.

The move casts more doubt on whether the Olympics will go ahead as planned.

Under the state of emergency, bars and restaurants have had to shut or stop serving alcohol, while cinemas and karaoke parlours have been closed.

Mr Suga said the government had hoped that a "short and powerful" state of emergency would contain the country's fourth wave of the virus.

The Olympics are due to begin in Tokyo on 23 July. They were postponed from 2020 because of the pandemic.

More than 10,000 athletes from 200 countries and regions are due to take part.