Man shot dead in board daylight in Bogura 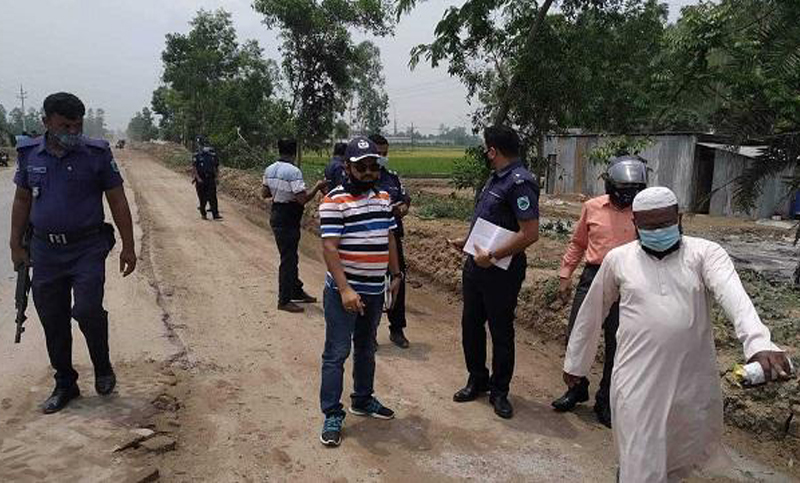 An elderly man was shot dead by unidentified miscreants in broad daylight in Bogura's Shahjahanpur upazila on Tuesday morning.

The deceased was identified as Mojaffar Hossain, 60, son of late Sayed Ali, hailing from Sukash village Singra upazila of Natore.

Mahbubur Rahman, a member of Ward No 4 of Sukash Union, said he was a principal of a Qawmi madrasa and he used to live in Nishindara area of Bogura.

Abdur Razzak, sub-inspector of Shahjahanpur Police Station, said the incident took place around 10:30am when Mozaffar was on a CNG-run autorickshaw with four other passengers on Bogura-Natore highway in front of Krishi College.

Two miscreants on a motorcycle blocked the way of the autorickshaw and shot Mozaffar in the chest killing him on the spot, he said.