Will soon come out of uncertainty over vaccine availability: Minister 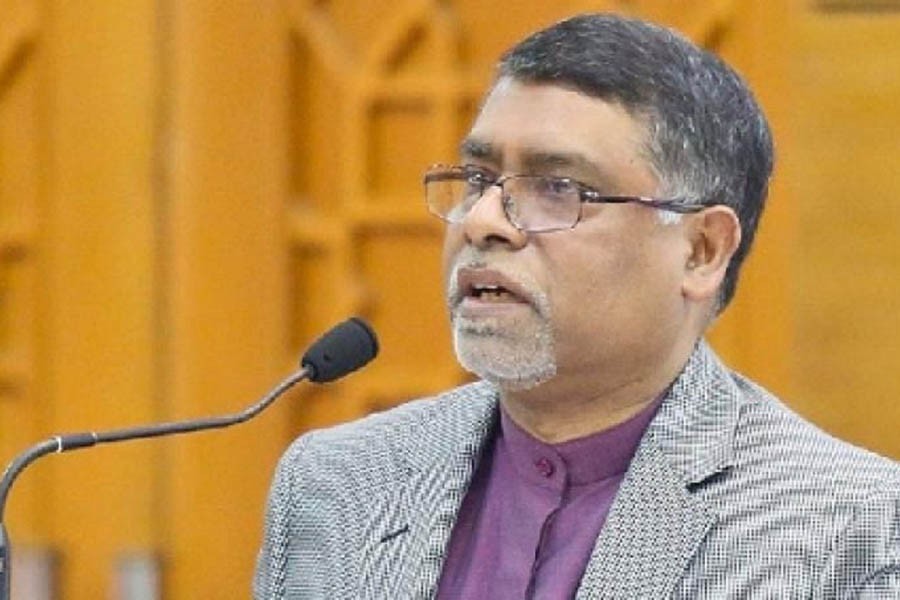 Health Minister Zahid Maleque on Tuesday said the uncertainty over receiving coronavirus vaccine jabs from the Serum Institute of India is likely to be over soon.

“We placed an order for three crore doses of vaccine (from Serum Institute) and paid money. But it’s a matter of regret that we’re not getting the vaccine in due time, disrupting our vaccination activities. The local agent, Beximco, and we’re trying our best to have it,” he said.

The minister said, “Our government is also trying to bring the vaccine jabs and the PMO and the Foreign Ministry have been working on it. Our Prime Minister Sheikh Hasina has repeatedly requested the Indian Prime Minister to ensure the vaccine supply. So, we hope we may get the vaccine quickly, but we couldn’t know the exact time. We’ll be able to know about it within a few days.”

He made the remarks while talking to reporters on the premises of Bangladesh College of Physicians and Surgeons (BCPS).

Maleque said the government is also trying to collect vaccines from China, Russia and the USA. “There’s a progress in this regard, and we think we’ll be able to procure vaccines from there.”

He said China has already made a commitment to provide Bangladesh with five lakh vaccine doses and the government is now waiting to receive it.

The minister said there is a crisis of the vaccine all over the world due to less production compared to its demand while the rich countries bought 70 percent of the jabs.

He said the government has sent letters to Beximco and Serum to have the vaccine as per the agreement. “Our Prime Minister urged her Indian counterpart during his visit to Bangladesh to give the vaccine in due time and he assured her of doing so.”

The ministers said the government has given the Drug Administration a green signal to approve the vaccines those accepted by the WHO and the international regulators.

He said a process is underway to approve the vaccines of China and Russia. “But our activities regarding the collection of the vaccines from these countries have not remained halted for the approval.  We’ve made a good progress in this regard.”

The minister said they have signed a non-disclosure agreement with Russia and sent a letter to China over the vaccine.

He said Beximco and Incepta pharmaceuticals have shown interest in manufacturing Sputnik V Covid-19 vaccine of Russia in Bangladesh and the government has taken necessary steps in this regard.

He said Russian will take a decision on it after examining the technical and financial capability of the companies. “It now depends on Russia.”