‘It will be bloody’: Philippines’ Duterte threatens to ‘stake a claim’ over South China Sea energy resources using military ships 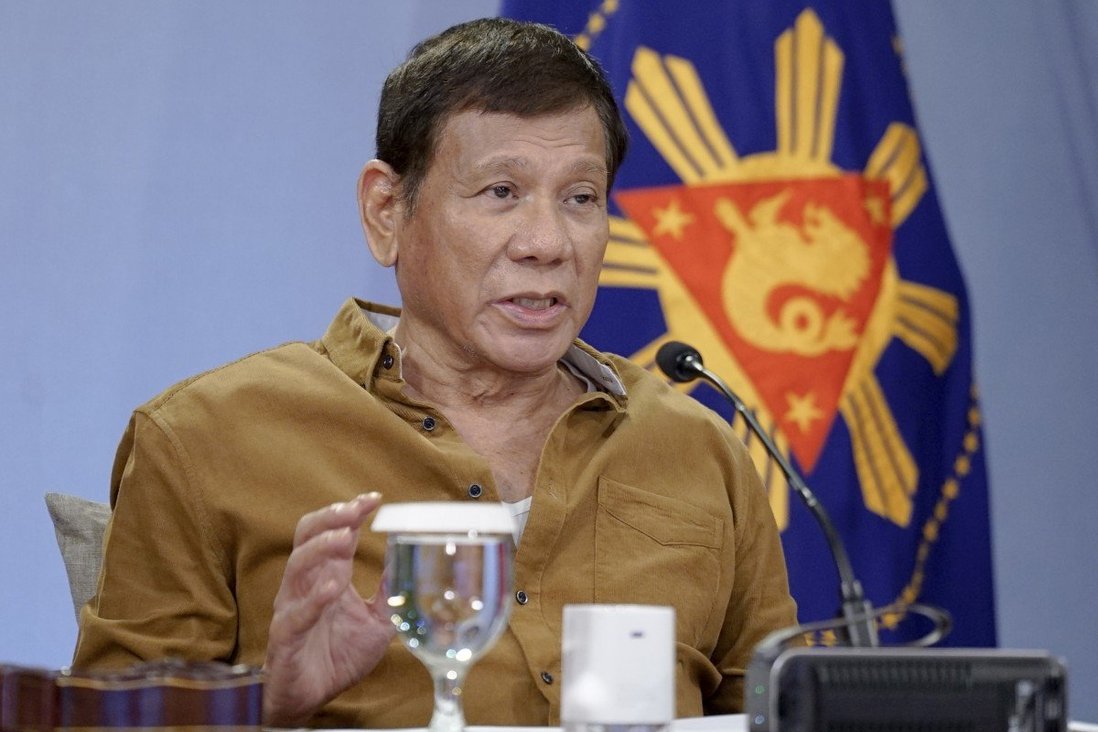 Philippine President Rodrigo Duterte has said he is prepared to send military ships to “stake a claim” over oil and mineral resources in the South China Sea – while noting that challenging Beijing in the disputed waters will only lead to violence.

“If we go there to assert our jurisdiction, it will be bloody,” Duterte said in a televised briefing late on Monday, his first remarks after hundreds of Chinese vessels were spotted at a disputed reef in March.

“I’m not so much interested now in fishing. I don’t think there’s enough fish to quarrel about,” he said, adding that in future disputes over marine resources he would send “five coastguard ships, and they can chase … They can play with each other, and see who’s faster”.

“But when we start to mine, when we start to get whatever it is in the bowels of the China Sea, our oil, by that time I will send my grey ships there to stake a claim,” he said, referring to Philippine naval ships.

Philippine defence chief Delfin Lorenzana told Duterte during the meeting that naval ships can patrol the country’s exclusive economic zone, after the president said that “nothing will happen” if the nation sends its ships “because we are not in the possession of the sea”.

Since coming to power in 2016, Duterte has sought to build an alliance with China and has been reluctant to confront its leadership, having been promised billions of dollars of loans and investments, much of which have yet to materialise – frustrating nationalists.

He has repeatedly said the Philippines was powerless to stop China, and that challenging its activities could risk a war his country would lose.

The firebrand leader said there was no way for the Philippines to enforce “without any bloodshed” a landmark 2016 arbitral ruling that clarified the Philippines sovereign rights in its exclusive economic zone.

Tensions between the two nations have deepened in the past weeks. Manila has repeatedly protested Beijing’s presence and has deployed more vessels in disputed areas, even as Duterte keeps a friendly stance, thanking China for supply of coronavirus vaccines. China has said that its vessels’ presence in the South China Sea is normal and legitimate.

The United States has aired concerns over China’s “maritime militia” in the area, backing the Philippines – a long-time military ally. Duterte on Monday said the US will not come to the Philippines’ aid if the conflict is “of our own making”.

The Chinese embassy in Manila did not immediately respond to a request for comment.

The Philippines has filed several diplomatic protests against China’s actions in the South China Sea, with the latest accusing its giant neighbour of undertaking illegal fishing and massing more than 240 boats within its territorial waters.

Manila last year lifted a ban on South China Sea oil exploration, paving the way for advancing talks with China, even as the nations still have to navigate their overlapping claims in the area.