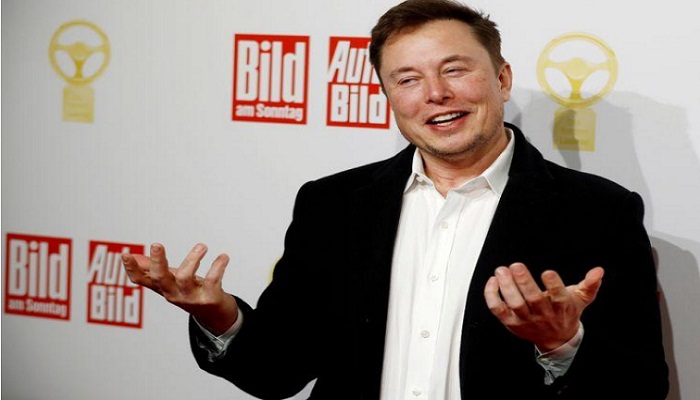 NASA will pay Elon Musk's SpaceX $2.9 billion to build a lunar landing system to ferry astronauts to the surface of the moon.

SpaceX was one of three companies chosen last year to develop technology for NASA's Human Landing System program. On Friday NASA announced SpaceX's "Starship" design had beat out the other two companies for the contract.

It's the first time the space agency has used a human lander built by a private company, and it marks an important milestone for an agency that has in recent years depended on commercial partnerships for its most important missions.

"With this award, NASA and our partners will complete the first crewed demonstration mission to the surface of the Moon in the 21st century as the agency takes a step forward for women's equality and long-term deep space exploration," said Kathy Lueders, NASA's associate administrator for Human Explorations and Operations Mission Directorate.

"This critical step puts humanity on a path to sustainable lunar exploration and keeps our eyes on missions farther into the solar system, including Mars," Lueders said in a statement.

NASA has also contracted with SpaceX on other projects, such as its Falcon 9 rocket and Crew Dragon capsule that will ferry astronauts to the International Space Station in the coming week.

The moon lander is being built as part of the Artemis program, which aims to bring Americans back to the moon by 2024, before setting its sights on Mars and beyond. NASA selected 18 astronauts last year to train for the moon mission.

The plan calls for NASA to send four astronauts aboard the Lockheed Martin-built Orion spacecraft on a multi-day journey to the moon's orbit. Then two crew members will transfer to SpaceX's lander for their descent to the lunar surface. After a week exploring the moon, they'll board the lander to return to Orion and head back to Earth.

NASA says that at least one of the astronauts landing on the moon will be a woman, making her the first woman to set foot on the moon. The agency says it also wants a person of color to land on the moon as part of the program.

A document obtained by The Washington Post explained NASA's rationale for picking SpaceX over its competitors — Jeff Bezos' Blue Origin, and the Alabama defense contractor Dynetics. NASA said SpaceX "was the lowest among the offers by a wide margin." NASA was also swayed by Starship's ability to carry large amounts of cargo to and from the moon, which it said "has the potential to greatly improve scientific operations."

"We are honored to be part of the @NASAArtemis team," Musk tweeted Friday. He added: "NASA Rules!!"