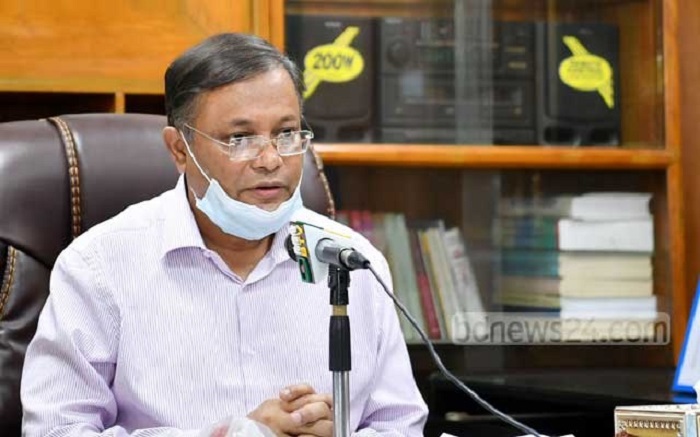 “BNP does not observe the historic Mujibnagar Day though its founder Ziaur Rahman did a job of Taka 400 monthly under the Mujibnagar government,” he told the newsmen after placing wreath at the portrait of Father of the Nation Bangabandhu Sheikh Mujibur Rahman in city’s Dhanmondi-32.

Hasan, also Awami League joint general secretary, said today is the golden jubilee of the formation of the first government of Bangladesh.

He said the provisional government of independent Bangladesh was formed at Baidyanathtala, mainly a mango orchard, in Meherpur on April 17 where Bangabandhu Sheikh Mujibur Rahman was declared the first president of the People’s Republic of Bangladesh and Syed Nazrul Islam was appointed as vice-president and also the acting president in the absence of Bangabandhu.

Tajuddin Ahmed was appointed as the first prime minister, he said, adding the Liberation War was conducted under that government.

Hasan said sector commanders and others conducted the Liberation War under the provisional government. Ziaur Rahman was also discharging his duty under this government as a sector commander with Taka 400 as monthly salary, he added.

He said the political party – BNP – is out to patronise the anti-liberation and fundamentalist forces after 50 years of independence.