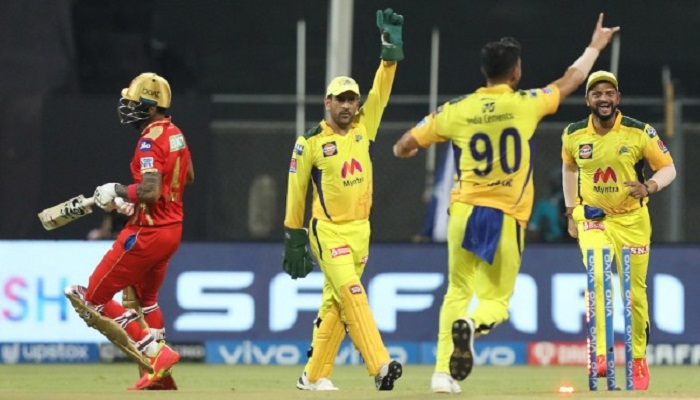 Moeen Ali hit 46 off 31 balls as Chennai reached 107 for four to secure their first win of the season with 26 balls to spare.

Victory was crucial in relieving pressure on the 39-year-old Dhoni, whose side failed to reach the IPL play offs for the first time last year.

They lost their first game of the season against Delhi Capitals.

"It makes me feel very old," joked Dhoni of his landmark game. "It has been a very long journey, I started in 2008."

Chennai have won three titles under the former India captain but have seen the IPL dominated by arch-rivals Mumbai Indians in recent years and are seeking to rebuild.

This victory put them among six teams in the eight team Twenty20 league with one victory from two games and Dhoni knows they will need more consistency to add to their titles.

Punjab made only 106 for eight after Deepak Chahar tore through their upper order, taking four for 13. Punjab were struggling at 26 for five at one stage after being put in to bat by Dhoni in Mumbai.

Punjab then relied on Shahrukh Khan who hit two sixes and four fours in his 36 ball 47 before Jadeja caught him off Sam Curran.

Chennai's batsmen strolled to victory, the only blip coming when India fast bowler Mohammed Shami claimed Suresh Raina and Ambati Rayadu with successive balls in the 15th over.

By that time Moeen, batting at three, had already put Chennai well on course with seven fours and a six before Khan caught him going for another boundary off Murugan Ashwin.

"We were obviously disappointed with the result after the last game, but It was a great end for us tonight," said Moeen.

"I'm just really enjoying the environment and my role in the team. I really enjoy batting in the top three, it's a chance to make an impact," added the England all-rounder.