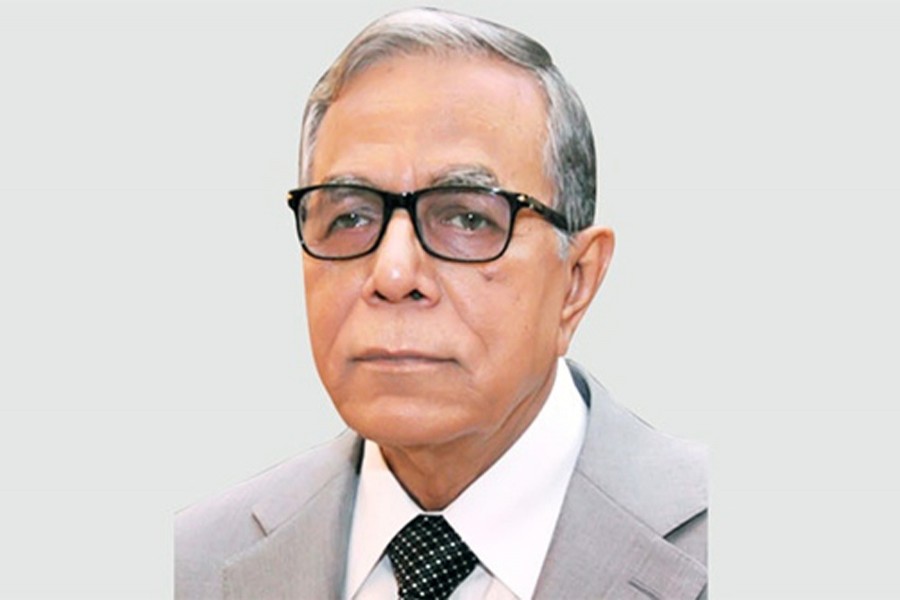 In a condolence message, the head of state prayed for eternal peace of the departed soul and conveyed deep sympathy to the bereaved family.

Prof Shamsuzzaman Khan breathed his last at 2 pm today at the age of 81.

He was undergoing treatment at the Bangabandhu Sheikh Mujib Medical University (BSMMU) Hospital with COVID-19 and old-aged complications.

Prof Khan along with his wife tested positive for Covid-19 on March 30. On last Sunday, he was put on life support after his condition had worsened.

Shamsuzzaman is famous for editing a series on Bangladesh folk culture of 64 different districts in 64 volumes. He also edited collections of folklore series in 114 volumes.

He was awarded Bangla Academy Literary Award in 2001, Ekushey Padak in 2009 and Independence Day Award in 2017.

Also former DG of Bangladesh National Museum and Bangladesh Shilpakala Academy, Prof Khan served the post of director general of Bangla Academy from 24 May 2009 to 2018.