We are capable of doing well in Sri Lanka: Khaled Mahmud 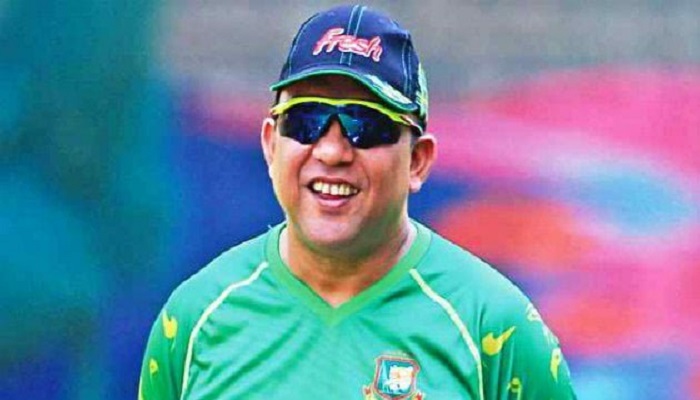 Bangladesh national cricket team is capable enough to play well in Sri Lanka, insisted Khaled Mahmud, the former captain and the team leader of Bangladesh during the Sri Lanka tour.

The team flew for Sri Lanka on Monday. They’ll face the hosts in a two-match Test series starting from April 21. Both matches will be played in Kandy.

This series is a part of the ongoing World Test Championship. Bangladesh played five Tests of this event and failed to win any of them. Sri Lanka, in contrast, played 10 matches and won one of them with six defeats and three draws.

“I think we are capable of doing well in Sri Lanka,” Mahmud told the reporters before taking on the flight of Sri Lanka. “Although we failed to do well in New Zealand, we’ll have a different condition in Sri Lanka. We know that we have the capability.”

Bangladesh faced the Blackcaps in a three-match ODI and three-match T20I series and lost all the matches.

“The condition of Sri Lanka is more familiar to us. We played many matches in Sri Lanka. So it’ll be easy for us to do well there ,” he added. “At the same time, we know that Sri Lanka is a tough team in their home backyard. But I believe, in terms of skillset, we are not behind them. If we can play our natural game and keep the process well, we can win in Sri Lanka.”

For the Sri Lanka tour, Bangladesh Cricket Board (BCB) has announced a 21-member preliminary squad recently including a few new faces.

“The players are now habitant to the system of quarantine,” Mahmud told the reporters. “We will stay in the hotel for three days. During this time, the boys will be able to contact each other and talk among themselves. I think it’ll help them to stay fit and fresh.”

Bangladesh played a total of 12 Tests in Sri Lanka and won one of them, which was Bangladesh’s 100th Test match, and they lost 10 matches with ending up in no-result.

The 21-member preliminary Test team of Bangladesh for the Sri Lanka tour: