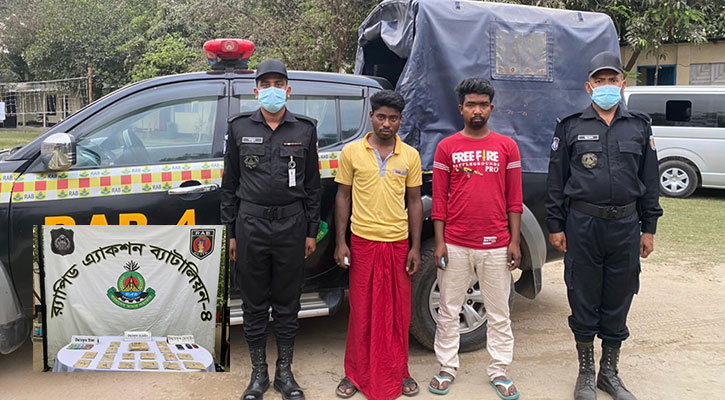 Rapid Action Battalion (RAB) arrested two drug peddlers along with heroin worth around Tk 2 crore from a stone-laden truck at Dhamrai in Savar, on the outskirts of Dhaka on Thursday afternoon.

The arrestees are identified as Shree Uttam Kumar Akkar and Shree Kongsho Akkar, both of them hailing from Rajshahi.

Acting on a tip-off, a team of law enforcers conducted a drive and arrested them and recovered 958 grams of heroin from inside the truck after searching it in Dawtia area on Dhaka-Aricha highway, said Major AHM Adnan Tafadar, Company Commander of CPC-3 in RAB-4.

The elite force also seized the truck that used to carry drugs.

He said the two detainees had been collecting heroin from the border areas of the country for a long time and selling it in different areas including the capital.

The arrestees were handed over to Dhamrai police station after filing a case against them, he further added.