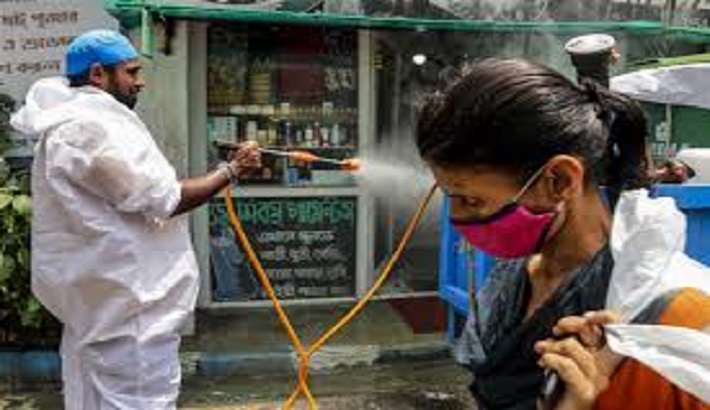 The world hit another grim Covid-19 milestone on Saturday, as the total caseload surpassed 130 million.

According to Johns Hopkins University (JHU), the total case count reached 130,126,796 while the death toll from the deadly virus climbed to 2,836,682 on Saturday morning.

The North American country has been sowing the world's highest number of cases and deaths since the beginning of the pandemic.

In Brazil, a total of 12,910,082 people have so far been found infected with the virus. The death toll in the country stood at 328,206 as Saturday morning, as per the university data.

Mexico is the third worst-hit country in the world in terms of deaths, as it has recorded 203,664 deaths as of Saturday morning.

Coronavirus cases were first reported in China in December 2019.

Several vaccines have been developed to fight the virus. Those developed by Pfizer-BioNTech, Moderna and Oxford-AstraZeneca are among them.

Bangladesh on Friday recorded more than 6,000 new coronavirus cases for the second day in the row, as the government ramps up efforts to contain the transmission of the virus.

Bangladesh reported its first cases on March 8 last year and confirmed the first death from the virus 10 days later.

In Bangladesh, coronavirus claimed 568 lives in January this year, 281 in February and 638 in March.