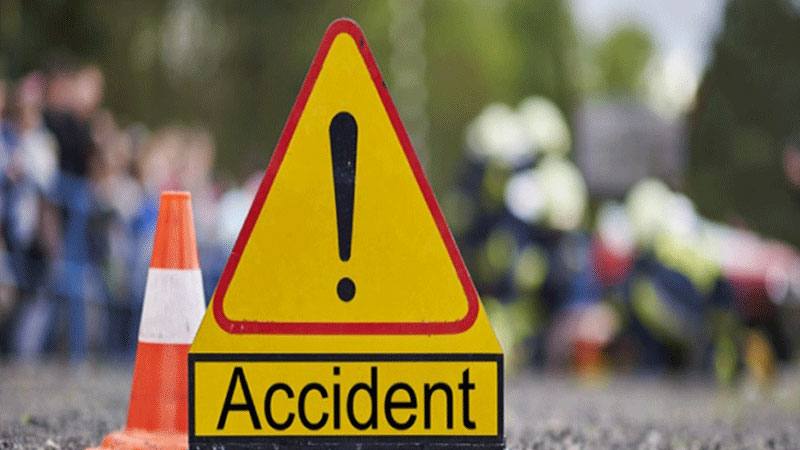 A man and his daughter were killed and his wife was injured after a truck hit his motorcycle at the Tarabaria area in Sujanagar upazila of Pabna on Friday morning.

The deceased were identified as Md Alomgir Hossain, 36, resident of Char Ashutoshpur village in Pabna Sadar upazila, and his daughter Sinha, 6. The injured is Nasrin Akter, 30.

The truck hit the motorcycle around 9:00 am, leaving the father and daughter dead on the spot and his wife injured, said Pabna Sadar Police Station Officer-in-Charge Nasim Ahmed.

Nasrin was taken to Sujanagar Upazila Health Complex and was later shifted to Pabna General Hospital for treatment, said the OC.

After the accident, the angry people set fire to the truck. Police later rushed to the spot and seized the truck but its driver managed to flee the scene, he added.