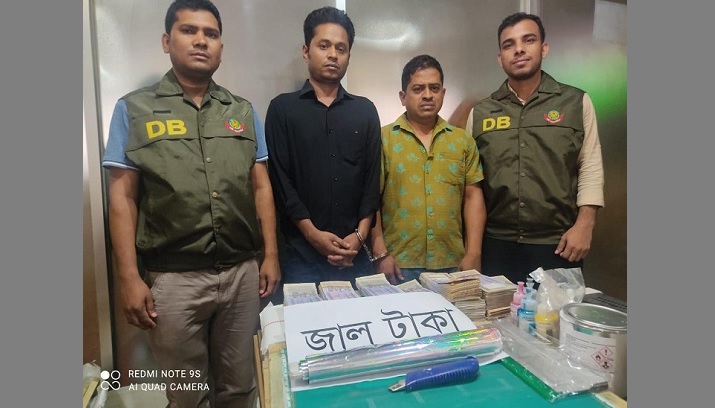 The Detective Branch (DB) of Dhaka Metropolitan Police (DMP) have arrested two members of a fake currency gang along with counterfeit notes worth Tk2,225,000 and fake note manufacturing tools from Hatirjheel area on Tuesday, a DMP press note said.

A case has been filed with Hatirjheel Thana in connection with the matter, the press note added.