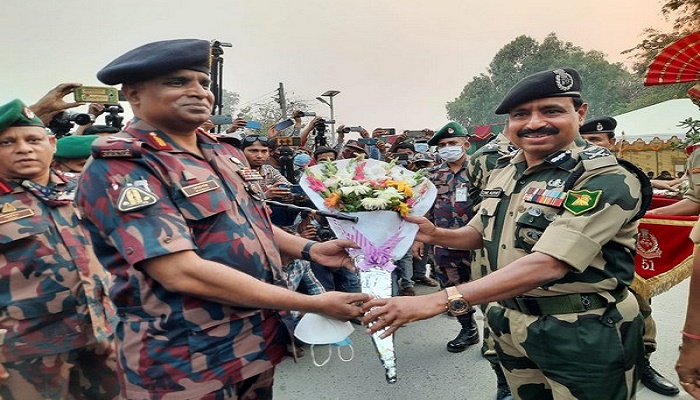 Following all Covid protocols both the countries border guarding forces organised the ceremony to mark the day. A massive crowd was gathered at the ICP to witness the event.

Sunil Kumar, IG, BSF North Bengal Frontier said, “It is really a great moment that after a long gap of one year we are again witnessing the retreat. We are discussing with our counterparts to continue the ceremony on a weekly basis.”

MD Kaisar Hasan Malik, Brigadier General, Regional Commander, BGB said, “I feel very proud of the BSF that they organised a retreat at the border to mark the Golden Jubilee of the Independence day of Bangladesh and the birth centenary of Sheikh Mujibur Rahman. We have a very good relation with India and hoping for the continuation if the situation permits.”

Prime Minister Narendra Modi embarked on a two-day visit to Bangladesh on the invitation of his counterpart Sheikh Hasina.